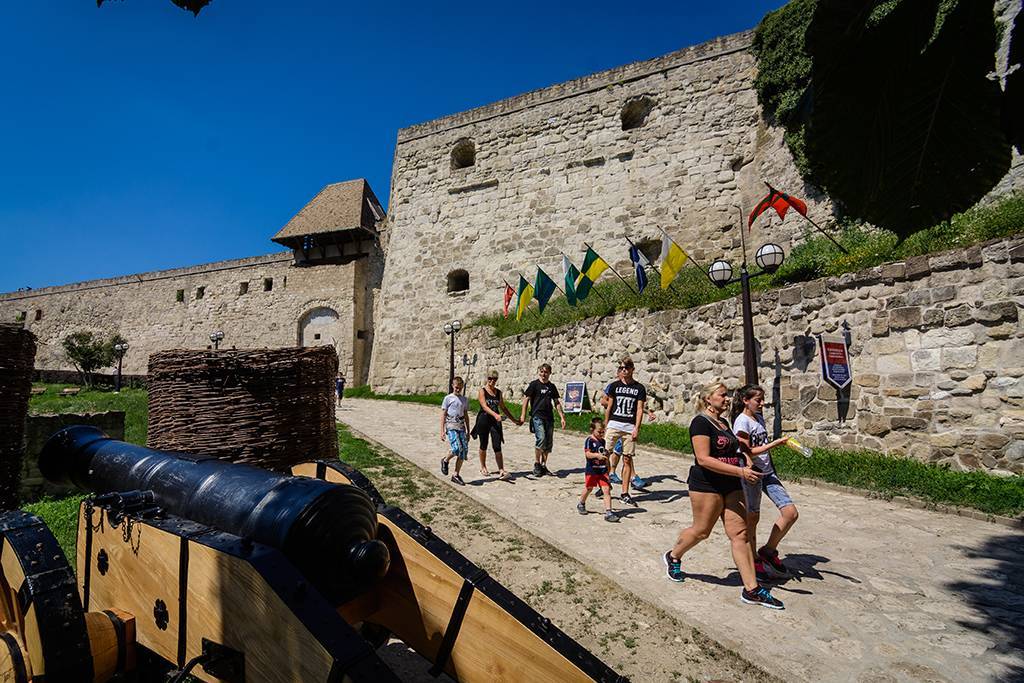 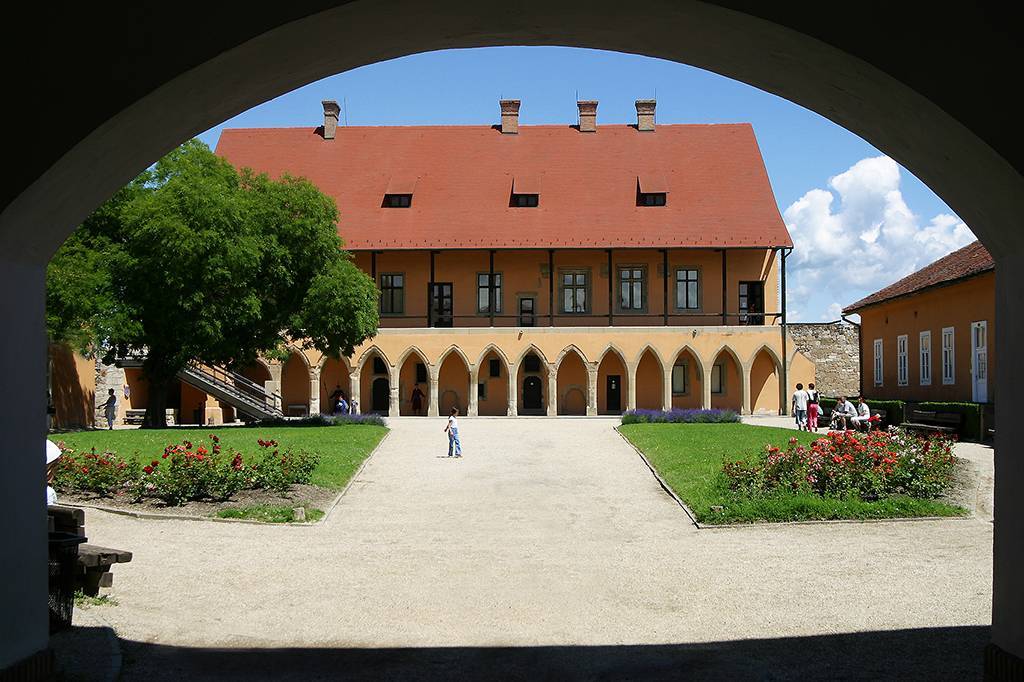 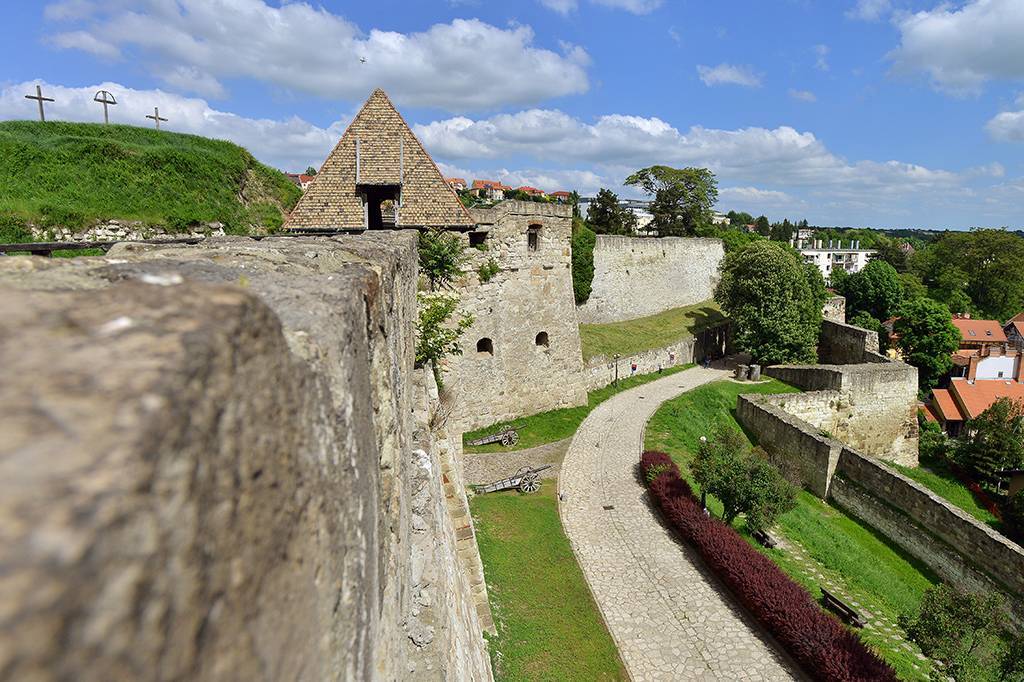 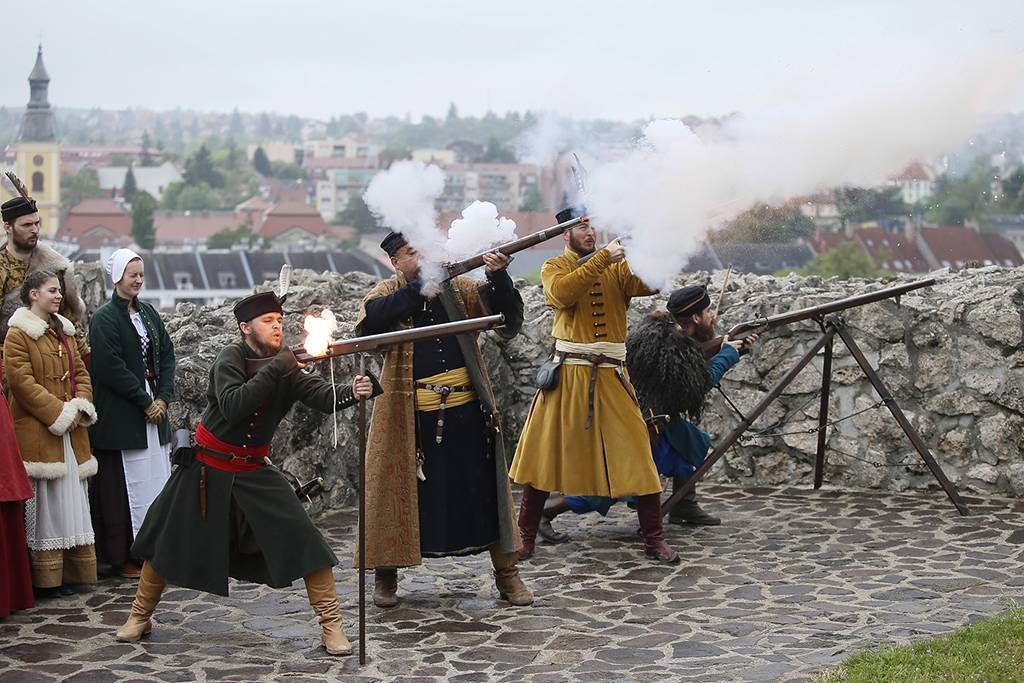 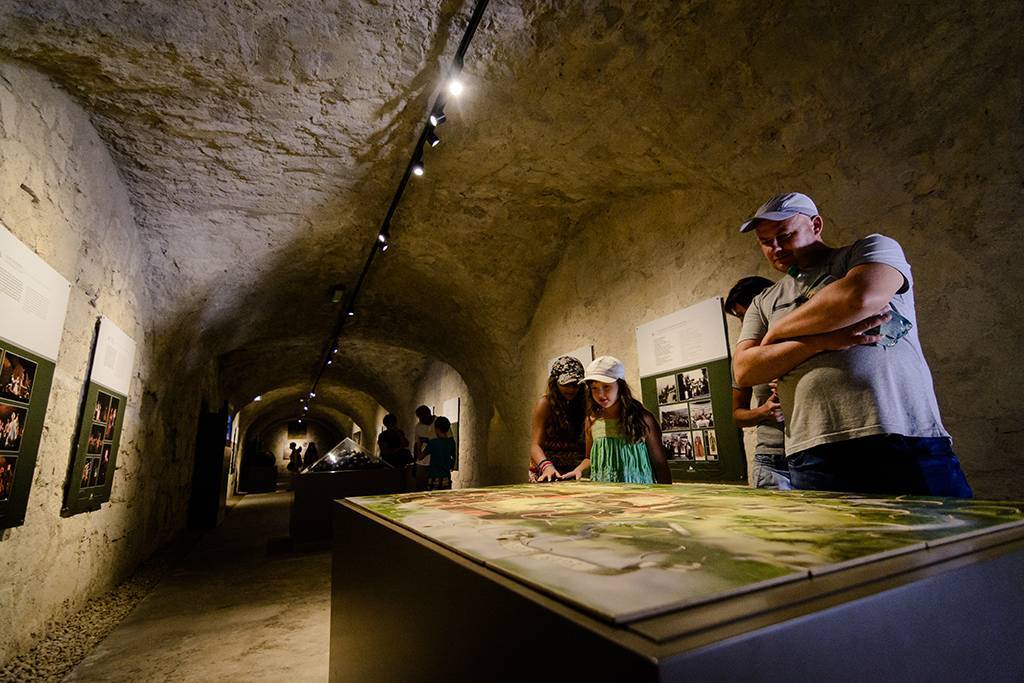 Large-scale developments are taking place in Eger Castle. The museum can still be visited, but the works can be confusing at times.

In the Gothic Bishop's Palace we can get to know the story of the castle, in the casamates we can discover everyday life of a border castle in the 16. century. On the Calvary hill we can enjoy the view. The castle is quite big, we can discover it individually or we can choose the tour led by the warriors who tell you many exciting stories.

Heroes' Hall on the ground floor of the castle palace  used to be the a gloomy place in the castle, it was a chapel, but also a prison later, the drawings of the prisoners can still be seen on the wall.

The room is dominated by the tomb of István Dobó, surrounded by huge hero-statues, as if guarding the memory of the captain. However, the tomb is empty, since István Dobó was buried in Dobóruszka, now in Slovakia, on his family estates. Yet, even though being empty, the tomb pays tribute to the gratest hero of Eger. And something else: the relief on the cover is the only valid description of the captain. Believe or not, this height was considered over the average at that time!

Have a look at the list of names opposite, they were the heroes taking part in the siege, though the list is not complete. The biggest power may have had housekeeper Imre, whose keys opened the wine cellar of the castle - it was him who measured the wine for the people.

Casemates is the secret underground system of Eger Catle which played dominant role in defeating the Turkish army in the siege in 1552.

Casemates exhibition reveals a mysterious and exciting face of Eger castle to visitors. Casemates is the name of an underground tunnel system built in the 1570s aiming to help soldiers move safe between the bastions. The soldiers also detected mines in the corridors which also played important role in Géza Gárdonyi's novel: Stars of Eger (Eclipse of the Crescent Moon).

You can get into the Casemates via Dark Gates.  First you get to the spacious barracks where stone fragments of the old cathedral can be seen.  The exhibition offers an exciting time-travel if you let yourself be tempted: just think it over, these stones experienced the fights in 1552! Captain Dobó may have looked out of the window which can be seen in the exhibition or imagine the Turkish soldiers behind the bars of the window!

Stars of Eger (Eclipse of the Crescent Moon) - novel and reality

Walking on in the casemates system you can get to exhibition: Stars of Eger (Eclipse of the Crescent Moon) - novel and reality, however, first you have to get upstairs so that you can get down again underground. Isn't the construction of the castle wonderful? The exhibition shows the book and the peculiarities of the siege in interactive way. You can listen to the oath by captain Dobó himself, you can examine a divided bomb and understand its activity and once it is done you can also explode one! Of course you can do it just virtually, however, it is great experience, too. Looking around carefully you can even find the ring of Jumurdzsák, the Turk.  Look around the place, you are surrounded by several-metre thich walls, with some fantasy you can imagine Hungarian soldiers defending the castle of Eger in the corridors!

Take a jumper or some warm cloths because it is quite cool (12 oC) in the casemates even in the middle of summer!

The Calvary hill in Eger castle is the highest point within the fortification, from the top od which a breathtaking view opens up in front of us: below is the town, in the distance the peaks of Bükk mountains, in bright weather even Kékestető, the highest peak of Hungary can be seen. In summer, when the castle is open till late in the evening, the most wonderful sunset can be seen in Eger from here!

The history of the Calvary hill dates back as long as 1828. At this time archbishop Pyrker wanted to establish a pilgrimage place in Eger an element of it became the Calvary hill with the three crosses on the top. The hill really soon became the favourite place of pilgrims, which, thanks to its great panorama is sometimes referred to as the most decorative church of Eger.

A peculiarity is that originally there used to be the three corpora on the crosses, however, later they disappeared. The other peculiarity is the number of the stations. While the church acknowledges 14 stations, somehow in Eger there are only 7. The reason is not really clear, there are preconditions, that archbishop Pyrker wanted something individual - anyway, he has managed, in Eger you can see something special.

Down in the Earth-bastion of the castle in the Waxworks you can personally meet the characters of Stars of Eger novel (the title of the English version is: The Eclipse of the Crescent Moon).

In the cellars the famous characters of the novel are waiting for you; it is like a little Madame Tussaud's  where the stars are the characters of the novel. Meet István Dobó personally, then stand face to face with a Turkish soldier. Having finished being a guest at Suleiman sultan, descend even deeper, into the secret tunnel. This short section is from the oldest period of the castle and so much unspoilt, that the floor of the corridor is not even covered, so you are walking on the hill itself on which the bastion was built!

Where Stars of Eger (title of the English version: Eclipse of the Crescent Moon) novel was born.

The only minaret in the world with a cross on top.

Nature trail and wonderful panorama at the foot of the castle walls.