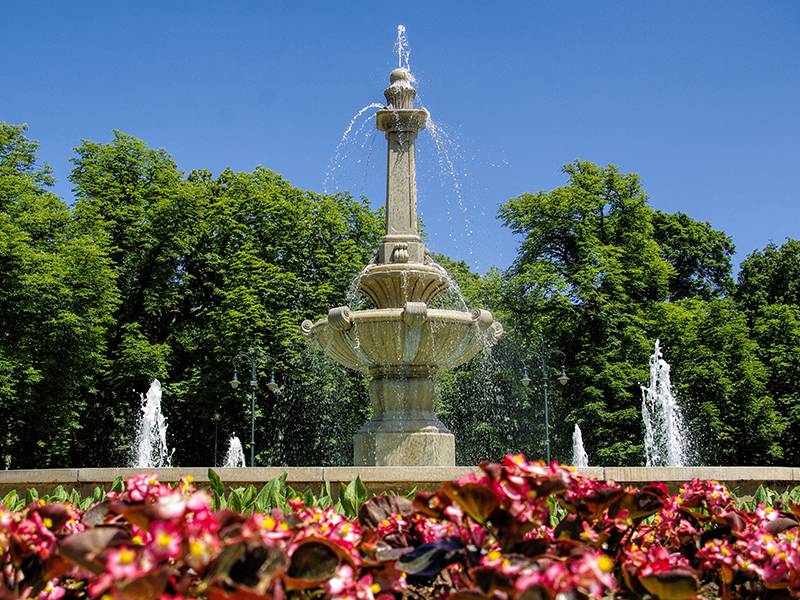 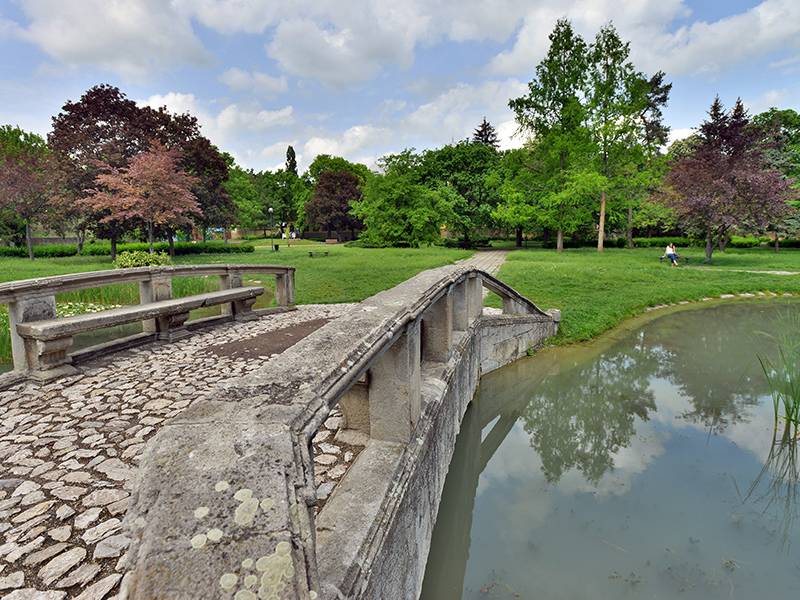 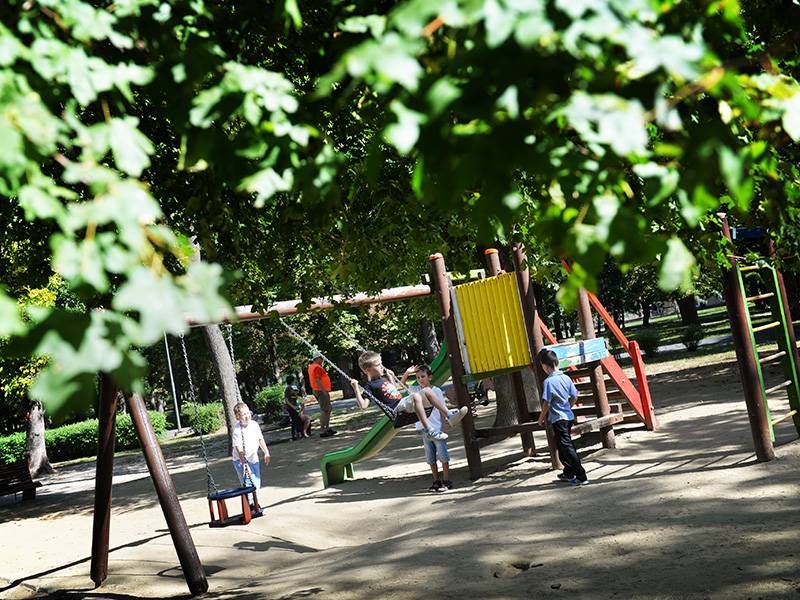 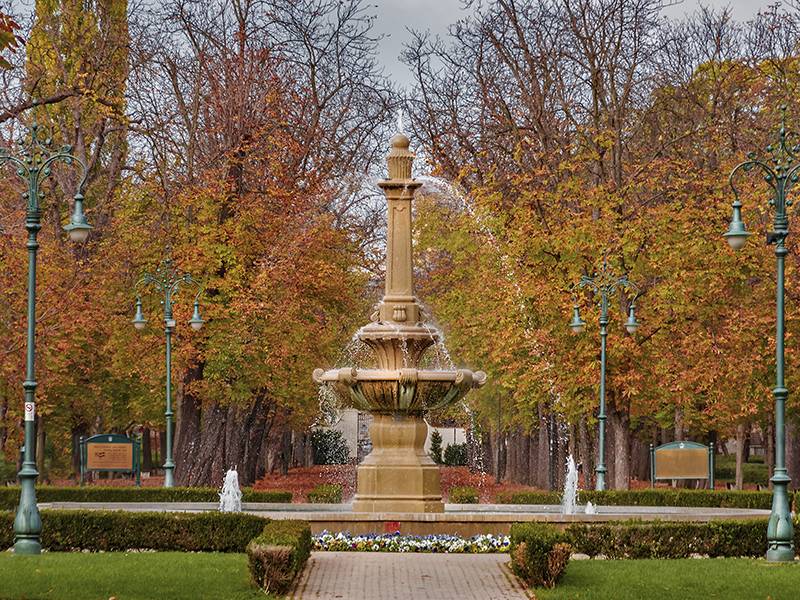 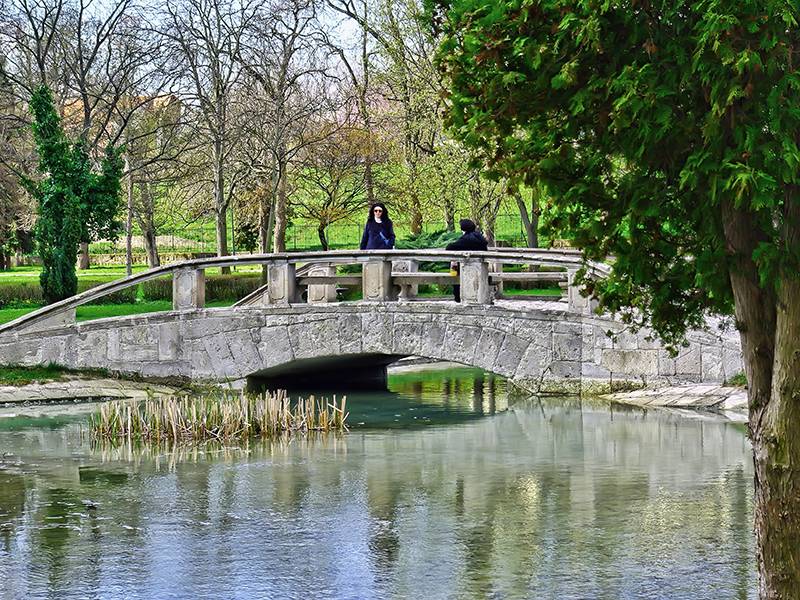 The biggest garden of Eger

Archbishop's Garden is the biggest park of Eger, called as "the lungs of the town" by locals. On its place there used to be a natural forest fenced off and used for hunting by the bishops. The gates were opened for the public in 1919 - two  of them, real wrought iron masterpieces of Henrik Fazola, are still standing on the northern and western sides of the park. The garden is bordered by Eger stream on the east and if you are lucky you can see wild duck families swimming in it.

In the middle of the park having the signs of French and English garden architecture a decorative fountain can be seen in the ring of flower magics changing according to the season.

In the north-western corner of the park a little pond can be found with a stone bridge on it. The clearing is a favourite place of the locals, bring a blanket and sit down on its shore! In the Grove of Muses behind the pond statues of our two great writers, Géza Gárdonyi and Sándor Bródy can be seen.

See what you can't see! Visitors can learn about the world of the blind people at the exhibition.

Admire the historic city center from a height of 30 meters!