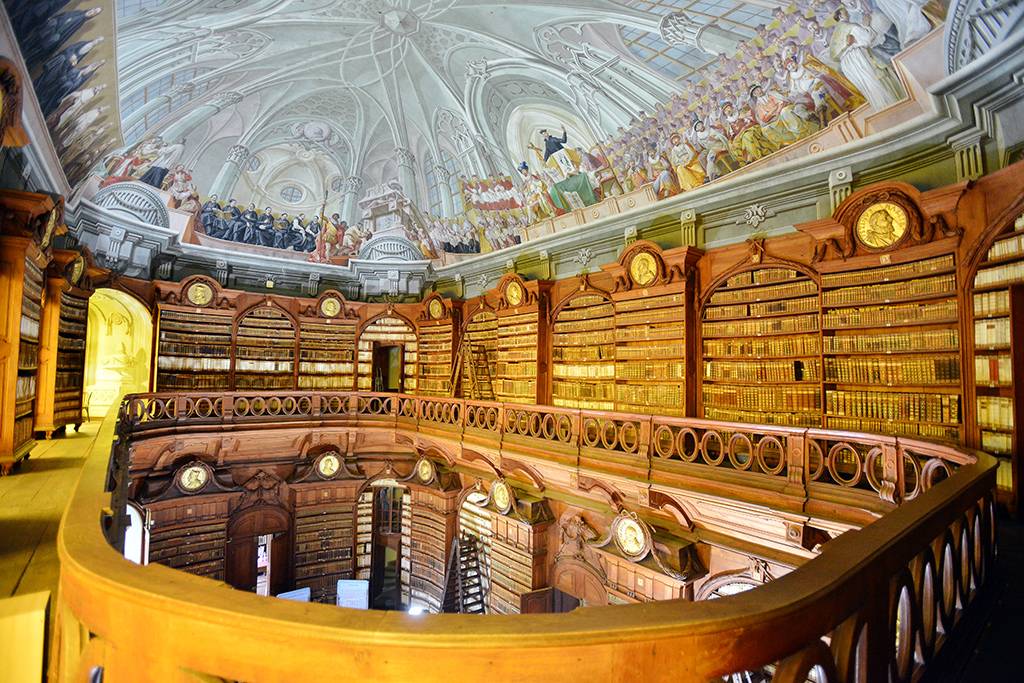 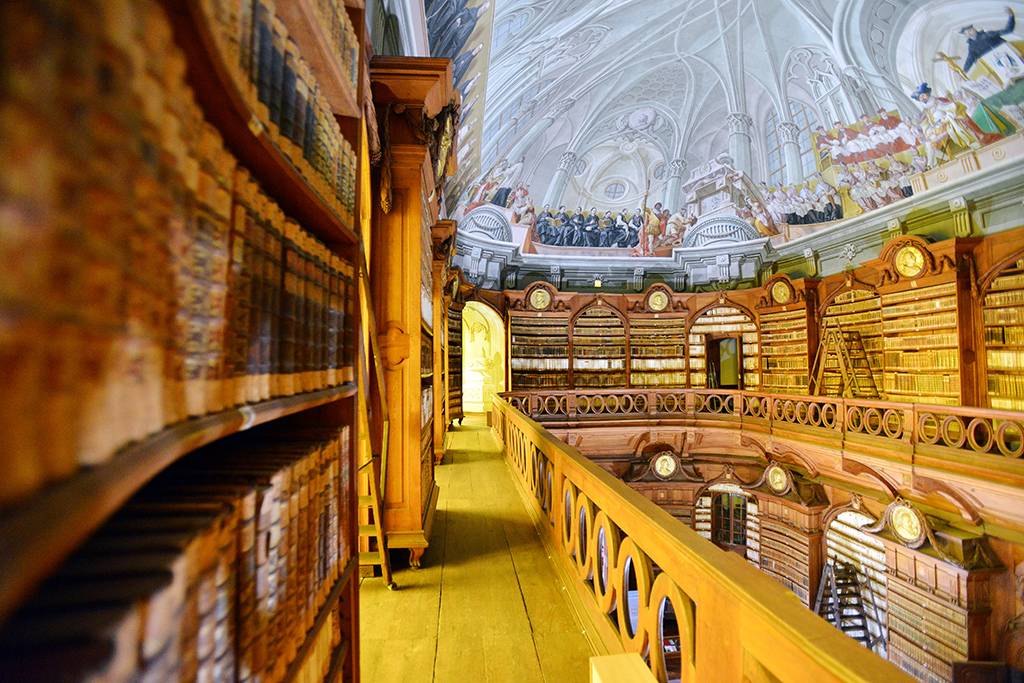 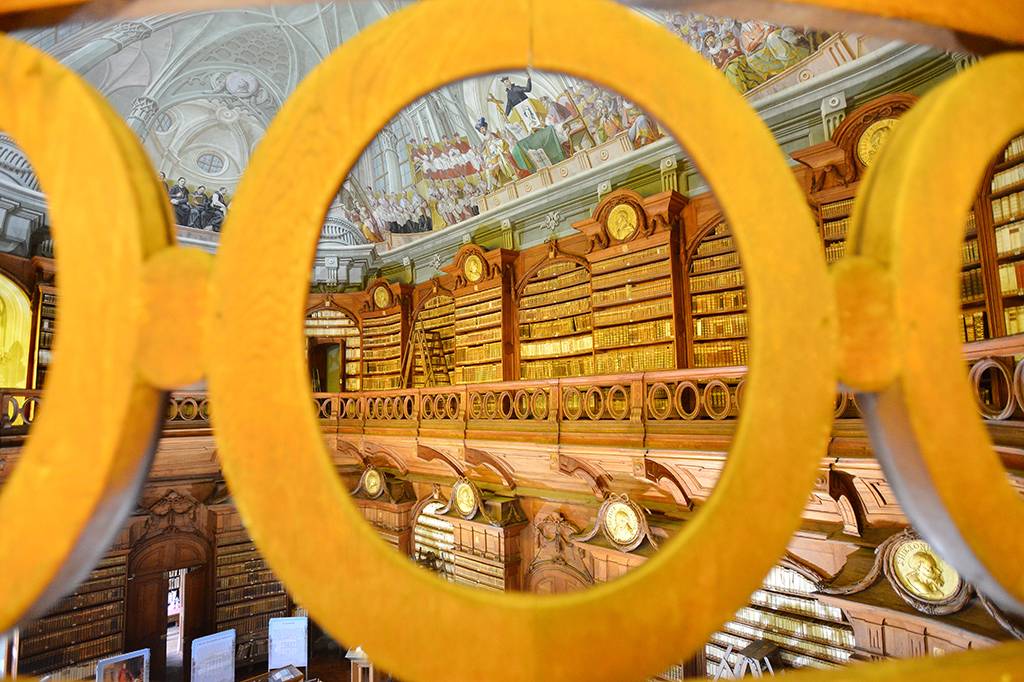 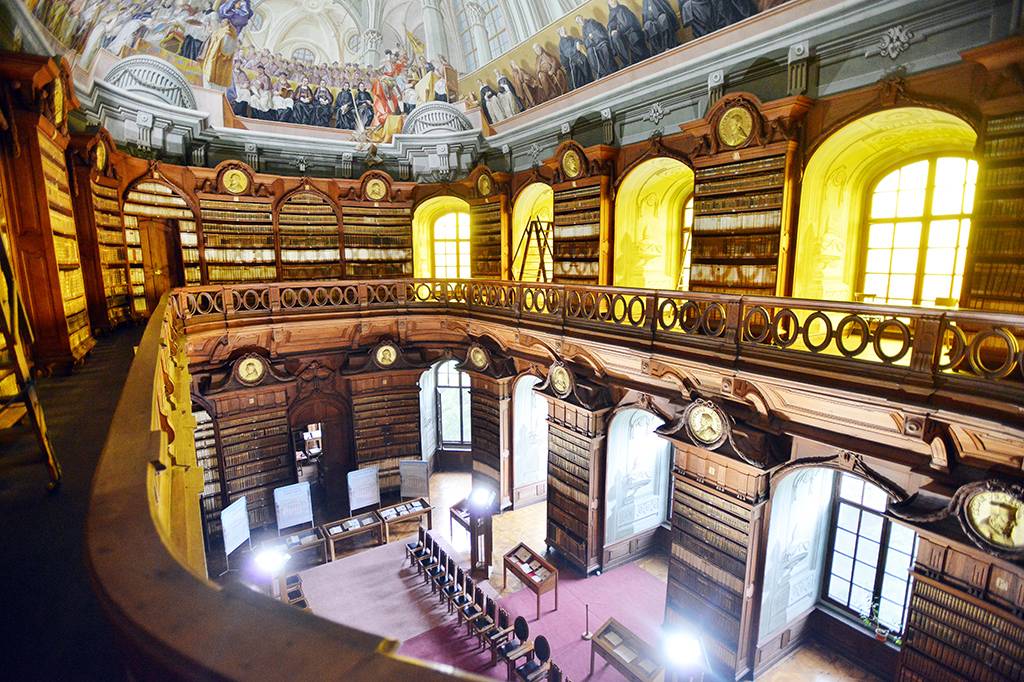 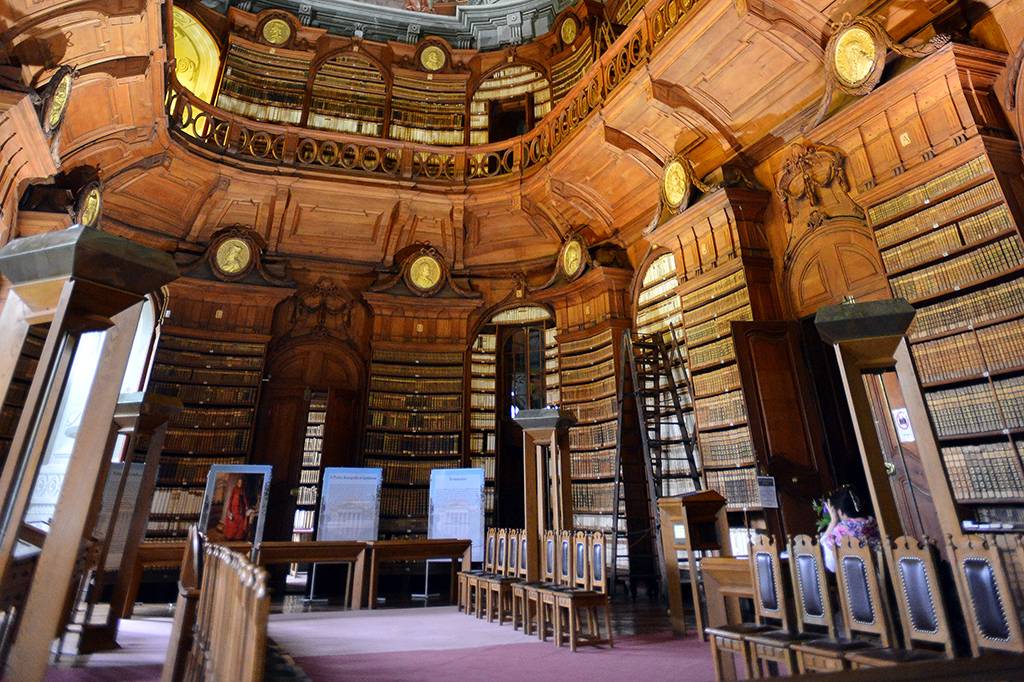 The Archdiocese Library of Eger was established by Károly Eszterházy in 1793, already from the beginning it was meant to be public, very rare at that time. The opening had been preceeded by thorough book collection since the second half of the 1760s, when professors were asked to make lists of literature they wished or to search for and buy them for the library. The institution finally opened with 16000 volumes. Several private collections melted into the stock of the library, also Károly Eszterházy's after his death. By now the total collection of the library has grown to 170 thousand volumes.

And what a collection...

The oldest document dates back to 1048, a handwritten kodex, a document collection of Pope Leo 9th.  Besides it unique relics are preserved in the library, like the only fully authograph letter by Mozart in Hungary or the Dante kodex from which only three exist in the world. And Barkóczy album or Sacrobosco kodex, the one of the astronomer of king Matthias - these curiosities can also be found here.  Naturally  only the copies of these treasures can be seen, the invaluable original versions are kept in thick safes.

According to the regulation of the library documents after 1960 can be borrowed, the older ones can be read on the spot, however, the older ones need director's permission.

Since treasure valuable for the whole world can be found here, the documents dating from before 1500 are kept in safes so that the following generations can also be proud: some of the world's most valuable documents can be found in Eger.