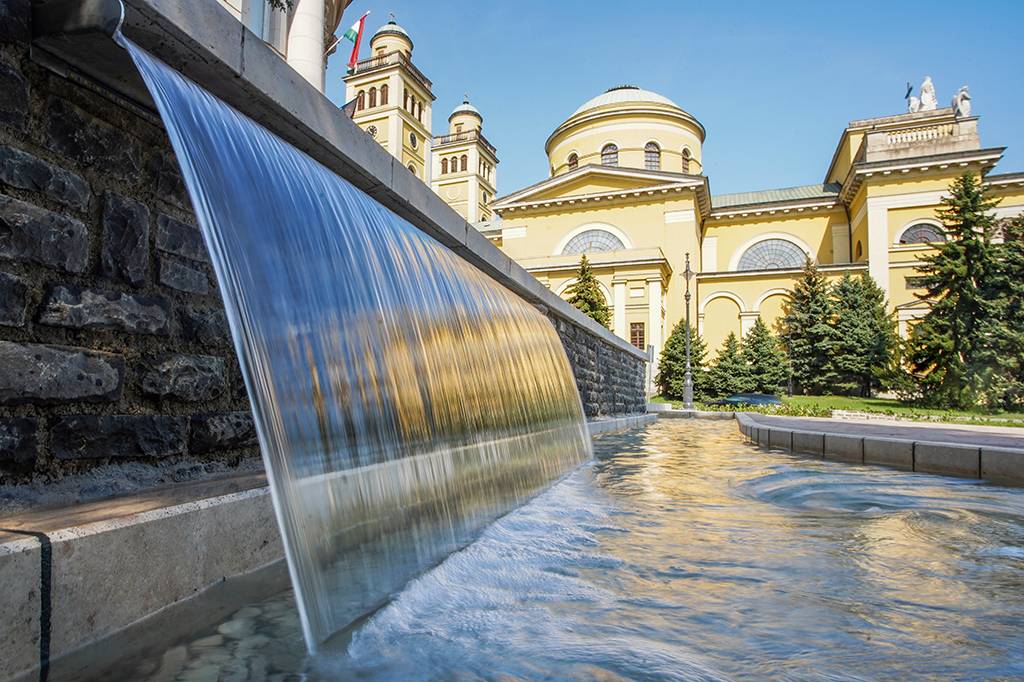 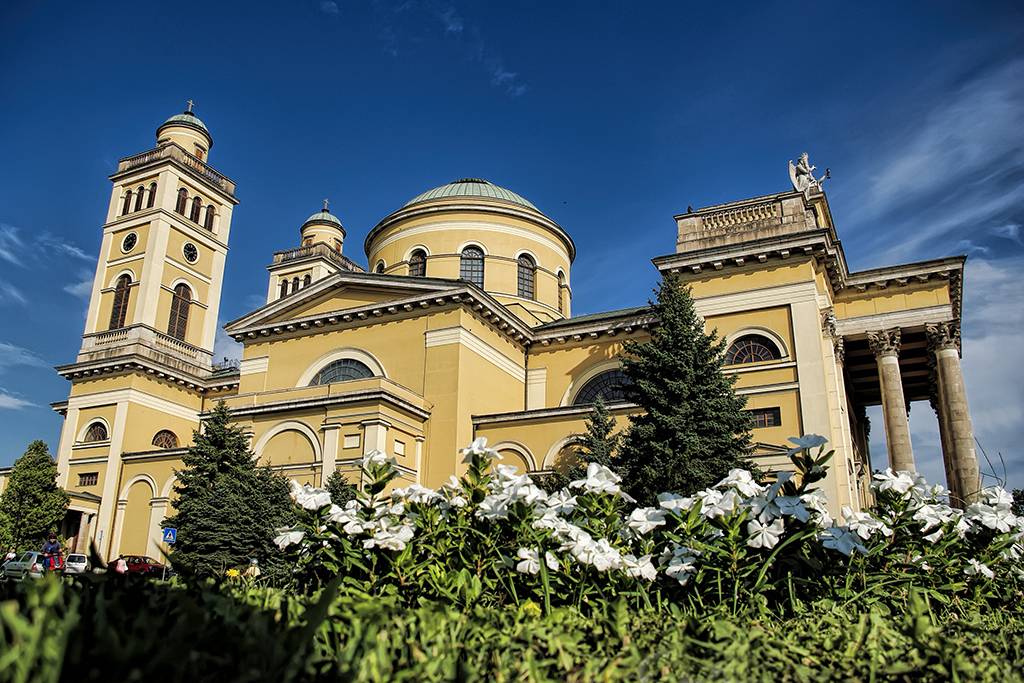 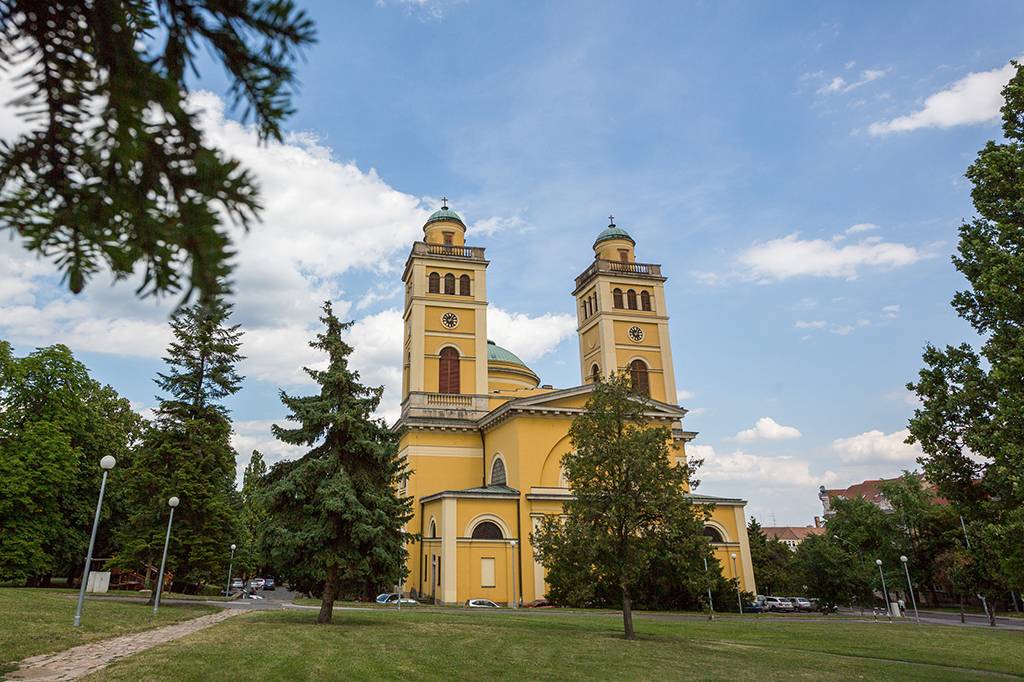 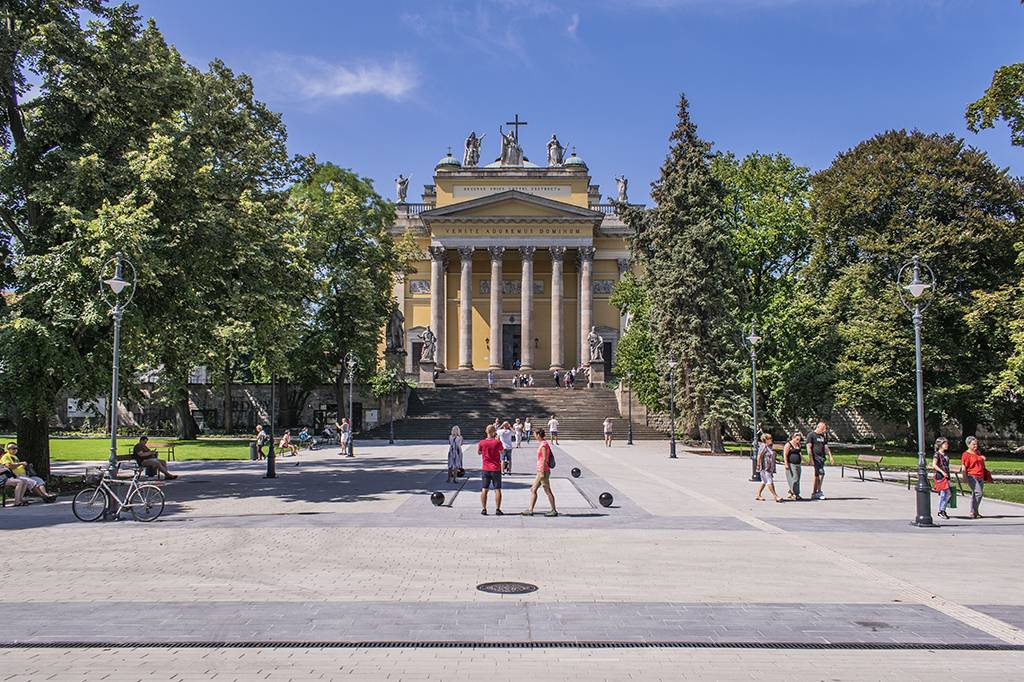 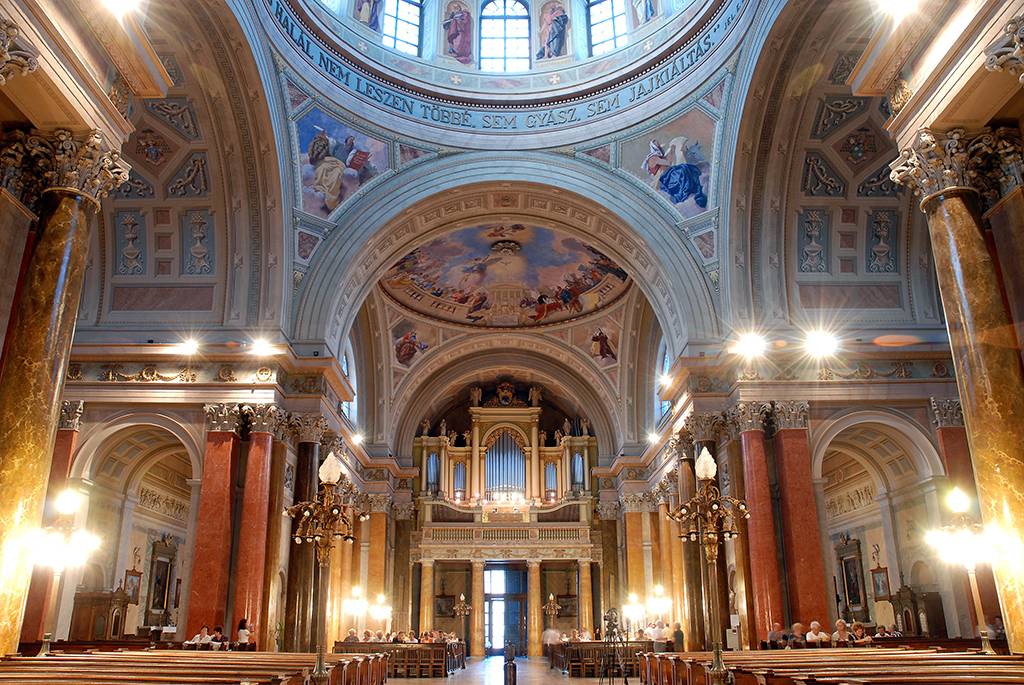 The basilica is currently under renovation, but you can visit it during the work.

The Basilica of Eger is also named Saint Michael and Saint John cathedral. The building is also the cathedral of the archdiocese of Eger, which means the bishops and the archbishop do their everyday tasks here. The Basilica of Eger is considered to be the second largest religious building in Hungary. János László Pyrker was assigned archbishop of Eger in 1827 and he asked the great archtitect of the time, József Hild to make the designs of this magnificent building. The construction lasted from 1831 to 1836 and the building was consecrated in 1837.

Archbishop Pyrker asked a young, talented sculptor from Venice, Marco Casagrande, to make the statues of the basilica. He made the huge statues standing next to the staircase: Saint István and Saint Lászó Hungarian kings standing in the first line, and behind them Peter and Paul apostoles. The tympan is supported by huge Corinthian columns with the inscript on it in Latin: "Come and Let us Adore Lord!" The statues of Faith-Hope-Love standing above the vestibule are also works of Casagrande, just like the angel statues of Love of God and Truth of God.

The construction of the altars, painting of the ceiling frescoes took more time than the construction of the building and the decoration of the internal space took 120 years. On the northern side of the sanctuary can be found Weeping Mary Chapel, the most ornamented part of the church, in the southern side-aisle the altar was built in respect for Saint Michael.  The nicest vision can be seen on one of the side-altar pictures, Saint István, the first king of Hungary is offering Hungary to the protection of the Madonna so that the country will keep clear of all the dangers.

Further secrets and surprises can be read on the ceiling if you look very careful. The fresco of the dome is the work of István Takács, artist from Mezőkövesd and shows Apocalypse (revelation). Since the fresco was completed in 1950, after the nationalization of the church, it was compulsory to represent a worker-peasant image, will you find it?

The organ of the cathedral of Eger was built by Ludvig Moser organ-builder master from Salzburg, the greatest of his profession in 1864. The organ was rebuilt and enlarged in 1912. The former mechanic structure was replaced by a pneumatic system. In summer (from May to October) every day organ music can be heard in the Basilica at around noon time, so enjoy the heavenly music in the great acustics of this wonderful setting.

From May 1. to October 31. there is organ concert every day:

Go to the webpage of the basilica