History of the Castle of Eger 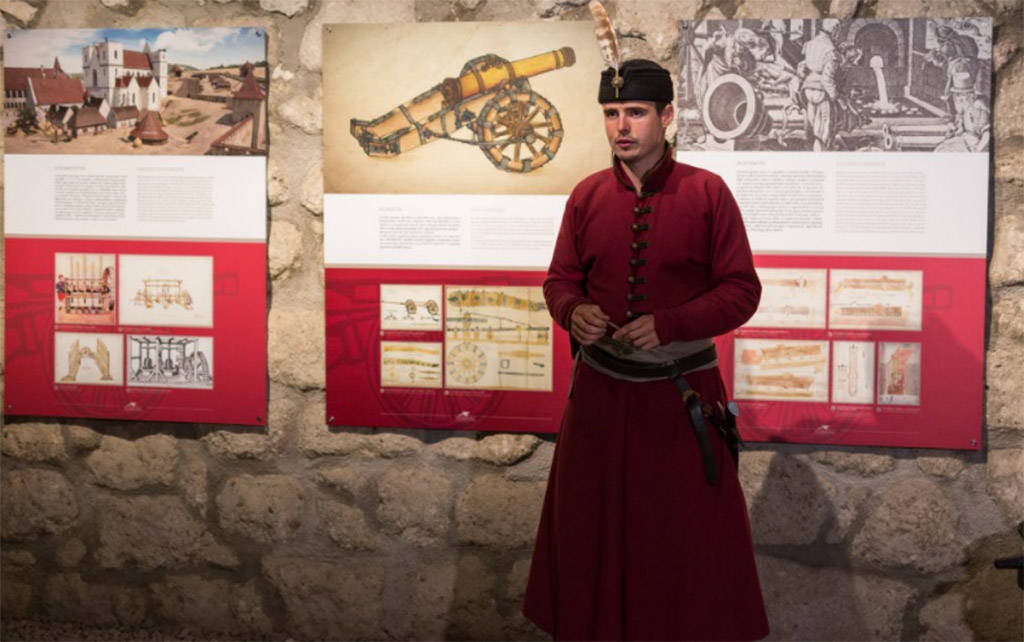 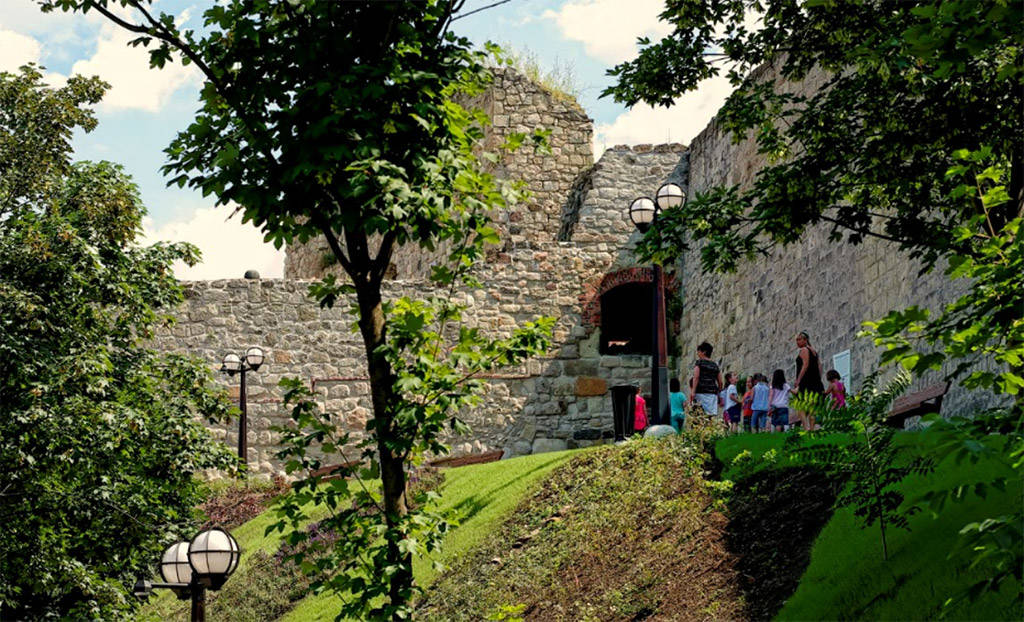 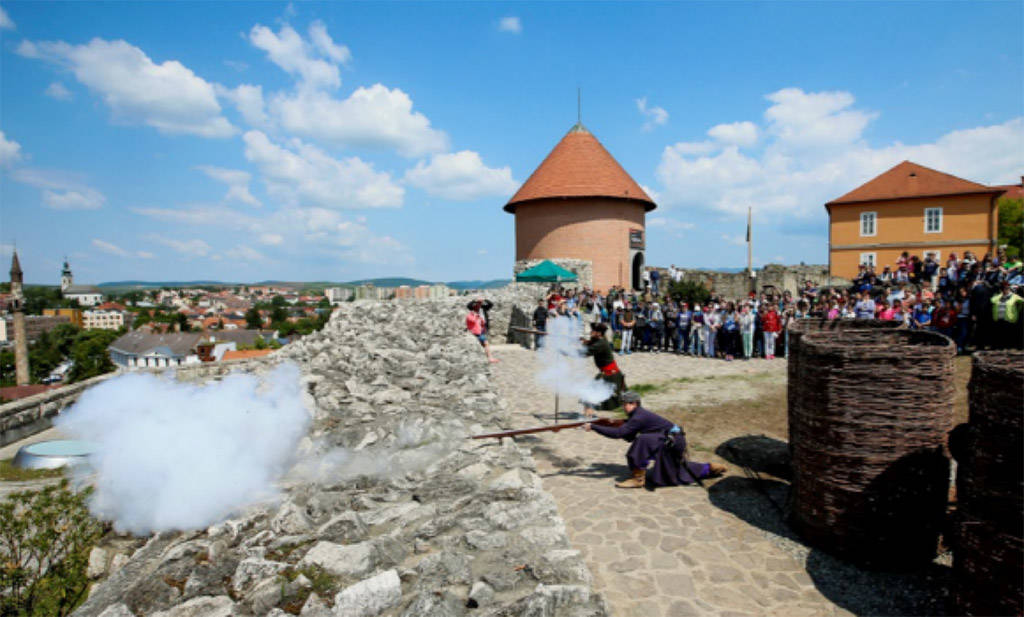 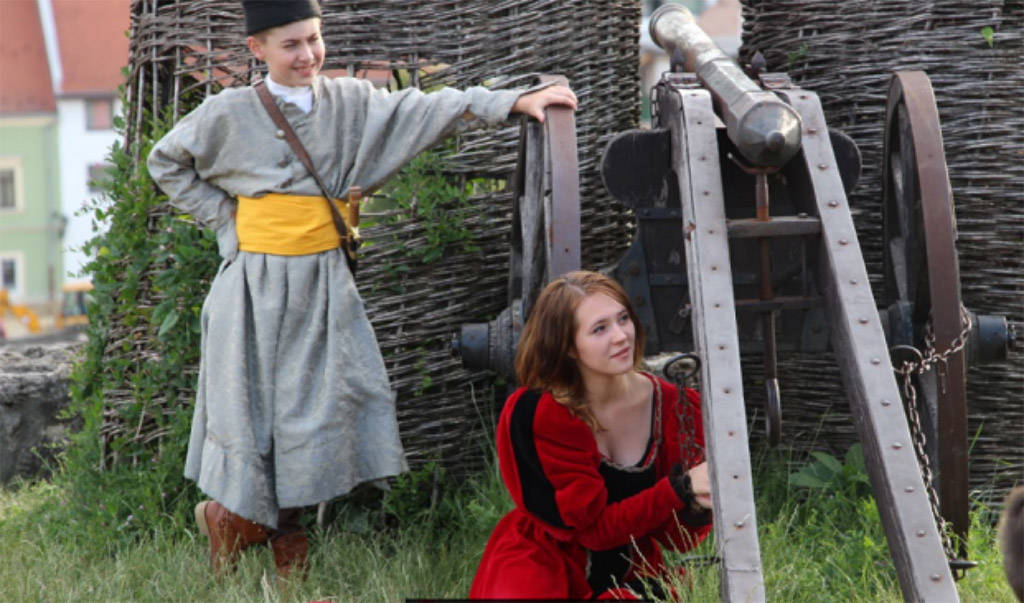 The Castle of Eger is a construction of great historical importance: it was here in 1552 where captain István Dobó and his toop repelled the attack of the thirty times bigger Sultan's army led by Achmed pasha - chief commander.

Our first king Saint István made Eger a seat of the ten bishoprics. The first cathedral ruined by now used to stand on the site of the present castle, the historic centre of the town was built around it. According to a legend king Saint István personally watched the construction works of the castle from Királyszéke (King's Chair) hill. The remains of the cathedral can be seen on the so called "Rotunda" in the castle.

The castle itself was built in the second half of the 13th century following the Mongolo-Tartarian attacks, at that time it used to be a knight castle.

István Dobó  arrives at the castle

István Dobó was assigned captain  in 1548, he was an excellent strategist and since then it was histask to make the castle strong and safe by the time of the siege: he enlarged the number of the garrison and the military equipment as well. Posterity pays tribute to him by the statue on Dobó square.

The siege started in 1552 when the Turks attacked the border castle and kept shooting at the walls for a month. On 28th September the Turks managed to expugn one of the bastions, but thanks to the resourcefulness of captain Dobó the defenders managed to repulse the enemy.  There was even a rumour in the Turkish army that the Hungarians drank the blood of the bull during the siege thats why they had superhuman power. That "bull's blood' in fact was red wine, but that is where the name of one of the most famous wines of Eger and Hungary comes from.

The legendary siege is considered to be one of the most famous victories in Hungary even nowadays where even women revealed their heroism. The territory of the castle can be visited now, walking there you can recall the victorious fight of our forefathers against the Ottoman empire, you can see the circumstances the warriors defended the castle in.

During the siege the walls of the castle were seriously damaged. The reconstruction started, the number of the soldiers was raised, there was more supply. But, although the castle was more prepared than before  in every respect to repel the new Ottoman attack, the castle of Eger fell in 1596 and the 91-year-long period of Turkish occupation started. In this period Eger got richer with a number of cultural values: Arnaut pasha had a Turkish bath built on the thermal water rich in minerals in the 16th century and the Minaret was built, too, a very exciting attraction of the town nowadays. During the occupation the Turks enlarged and strengthened the castle. On the site of a former bastion  they built a new one where, according to the legend,  the Turks created a garden, where the pasha's rose garden was. In reality it had defending functions. The castle finally was taken back from the Turks by the united Austrian-Hungarian armies in 1687.

The legend of Eger and of the castle of Eger was born by the heroic resistance in 1552, in respect for it there is a cannon shot in Eger castle at 15.52 and this victory is celebrated every year at the beginning of August by Border Castle historical festival.

An exciting exhibition can be seen about the history of the castle of Eger in the castle, in the upstairs rooms of the Gothic Bishop's Palace.