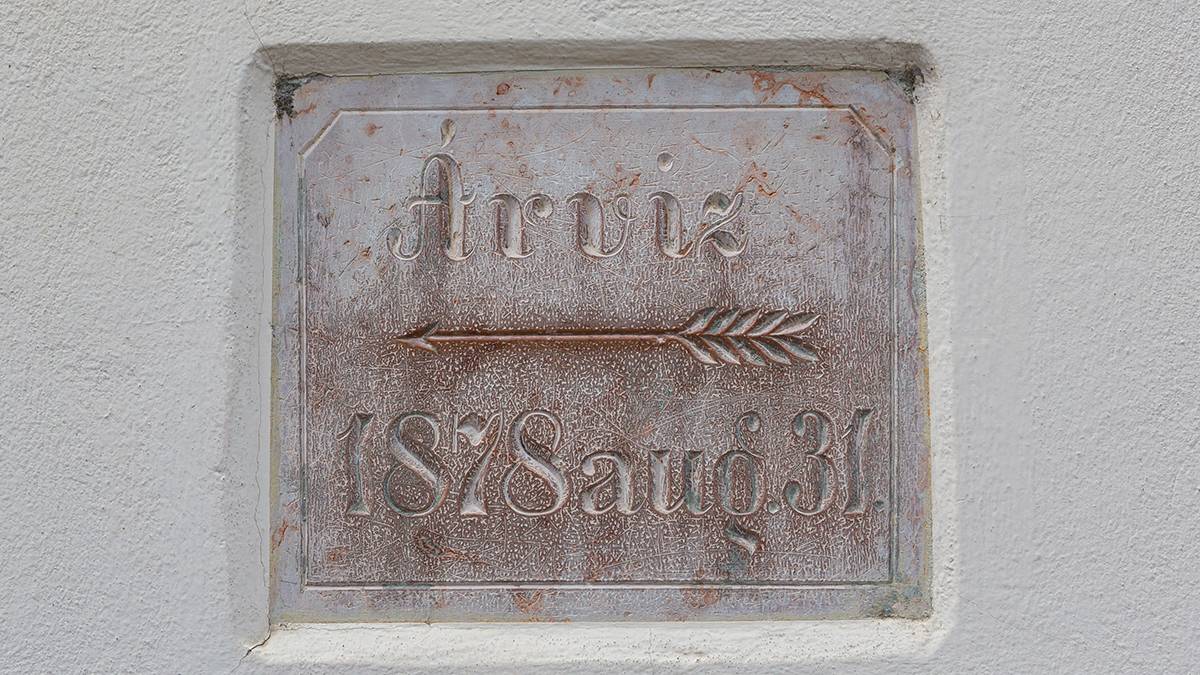 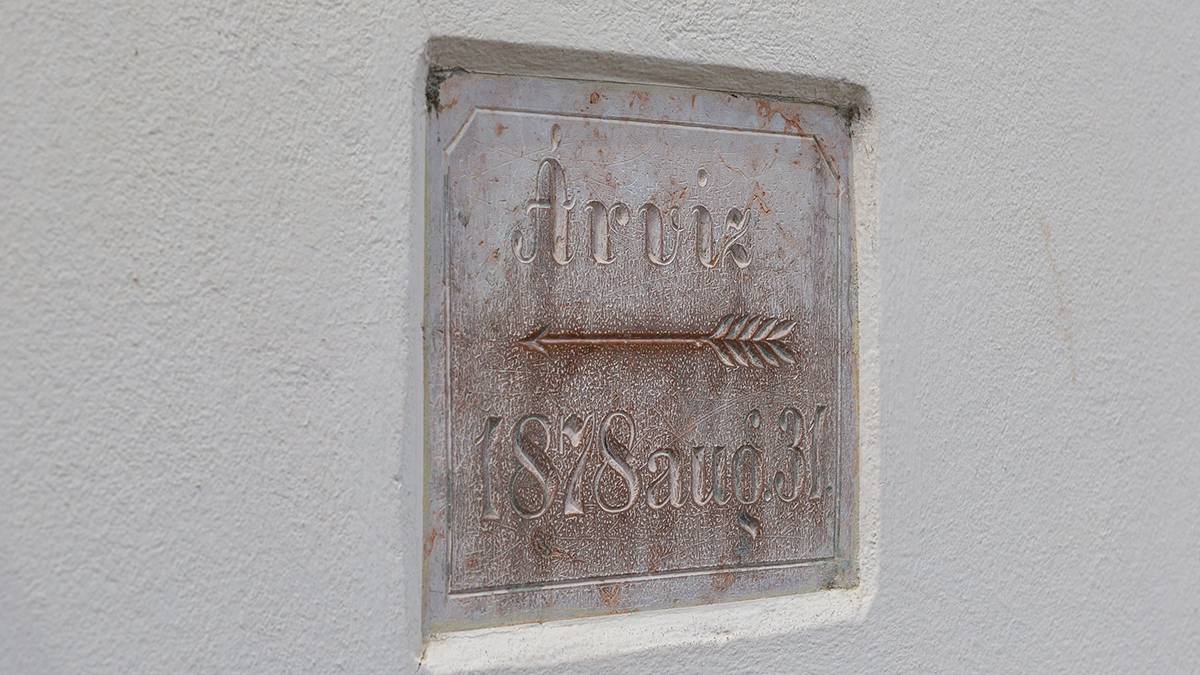 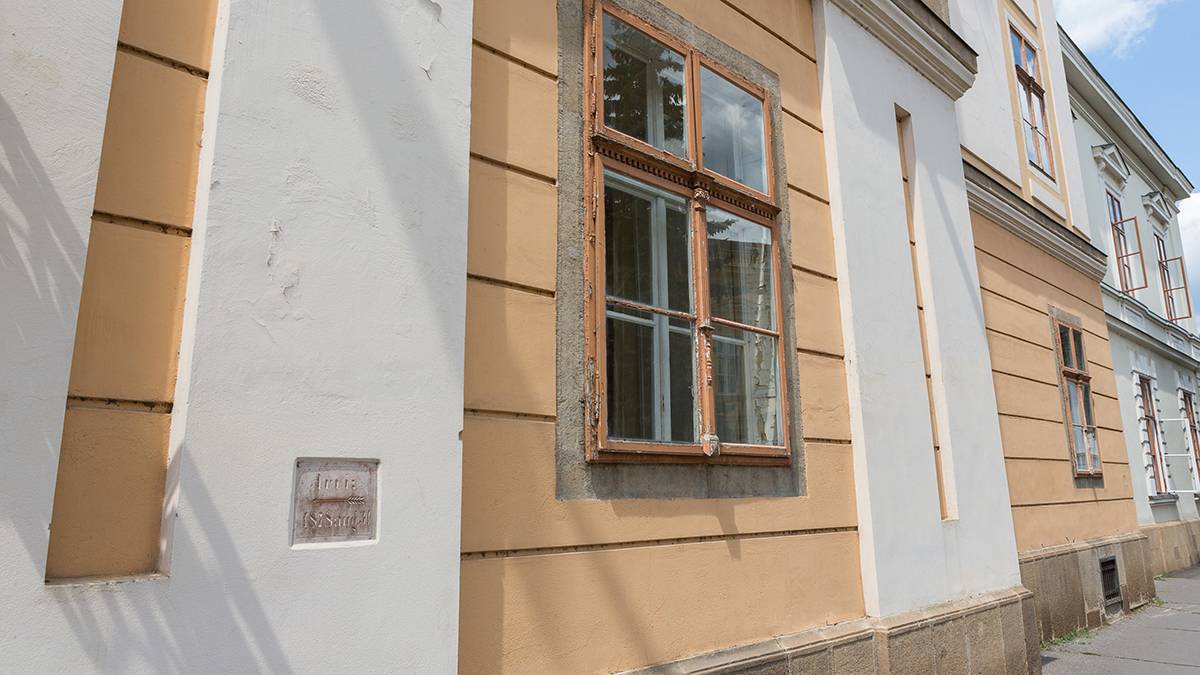 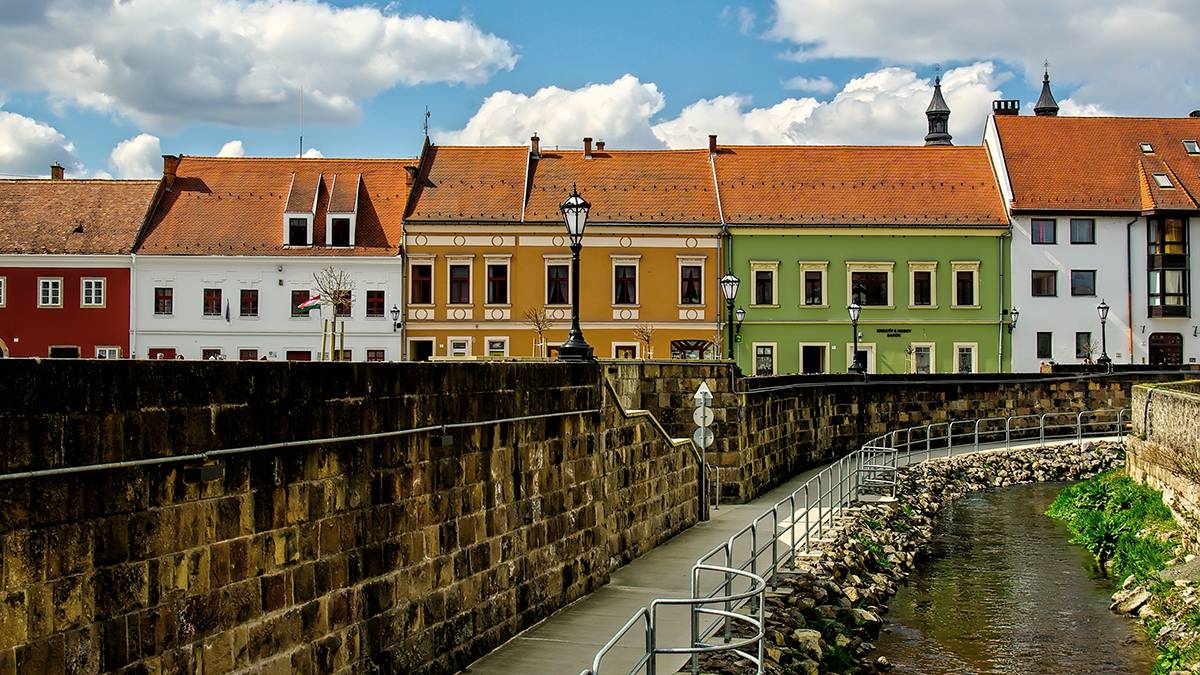 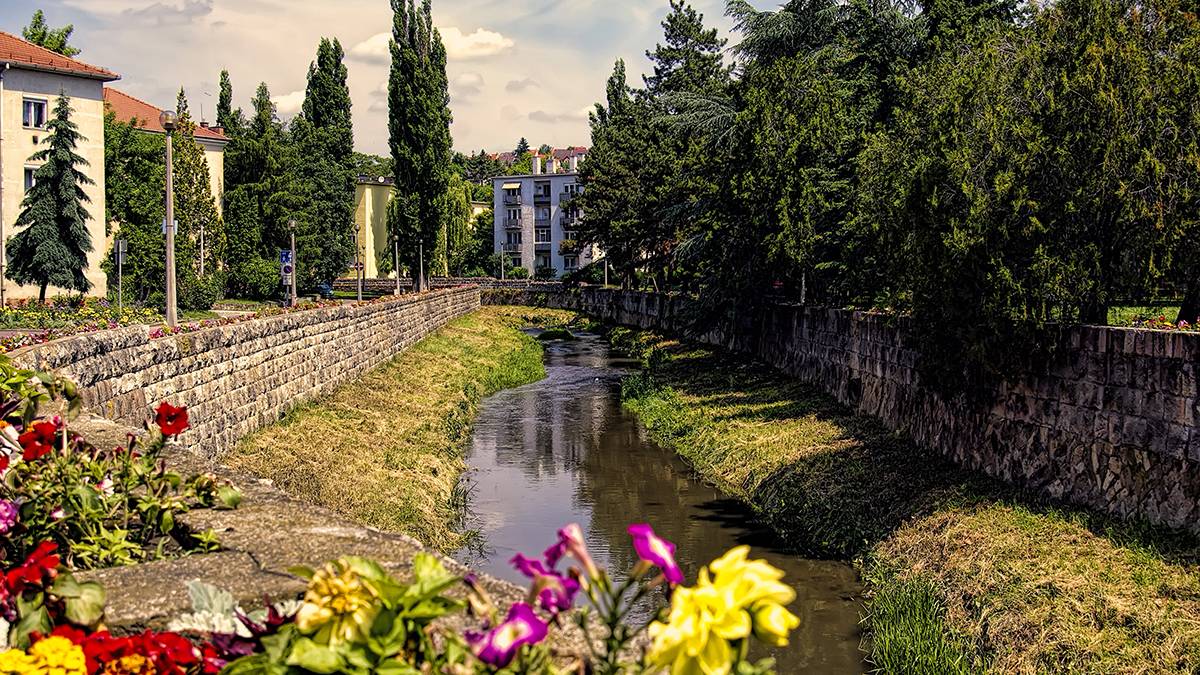 A sever flood devastated Eger on 31. August, 1878, the memory of which is preserved up to now by the stone signs on the walls of some downtown houses.  If walk to Dobó square you can find one on the wall of the Town Hall. It is unbelievable that such high water was flowing on the main square of the town!

Eger stream crosses the town as a quiet little brook on most of the days of the year, however, the rushing water in case of  heavy rainfalls in the Bükk mountains can very quickly bloat the water of the stream. That is what happened in 1878, too. On the 30. August there were huge rains in the mountains and the rainfall was rushing towards Eger. The stream had already left its bed outside Eger, however, the dam on the north of Eger could block the way of the water. At dawn on 31st the bells of churches  warned the inhabitants of the danger, but people did not feel the danger, many of them walked to the dam to "admire" the flooded areas. However, at half past six the dam gave in for the enormous volume of the water, burst through with huge hurtle and the 4-metre-high water poured onto the city centre killing a lot of animals, damaging bridges, making 166 houses uninhabitable and shattering 35 houses, 8 people also lost their lives in the tragedy. The flood-signs remind us about it at several places of the city centre, walk around and find some of them!