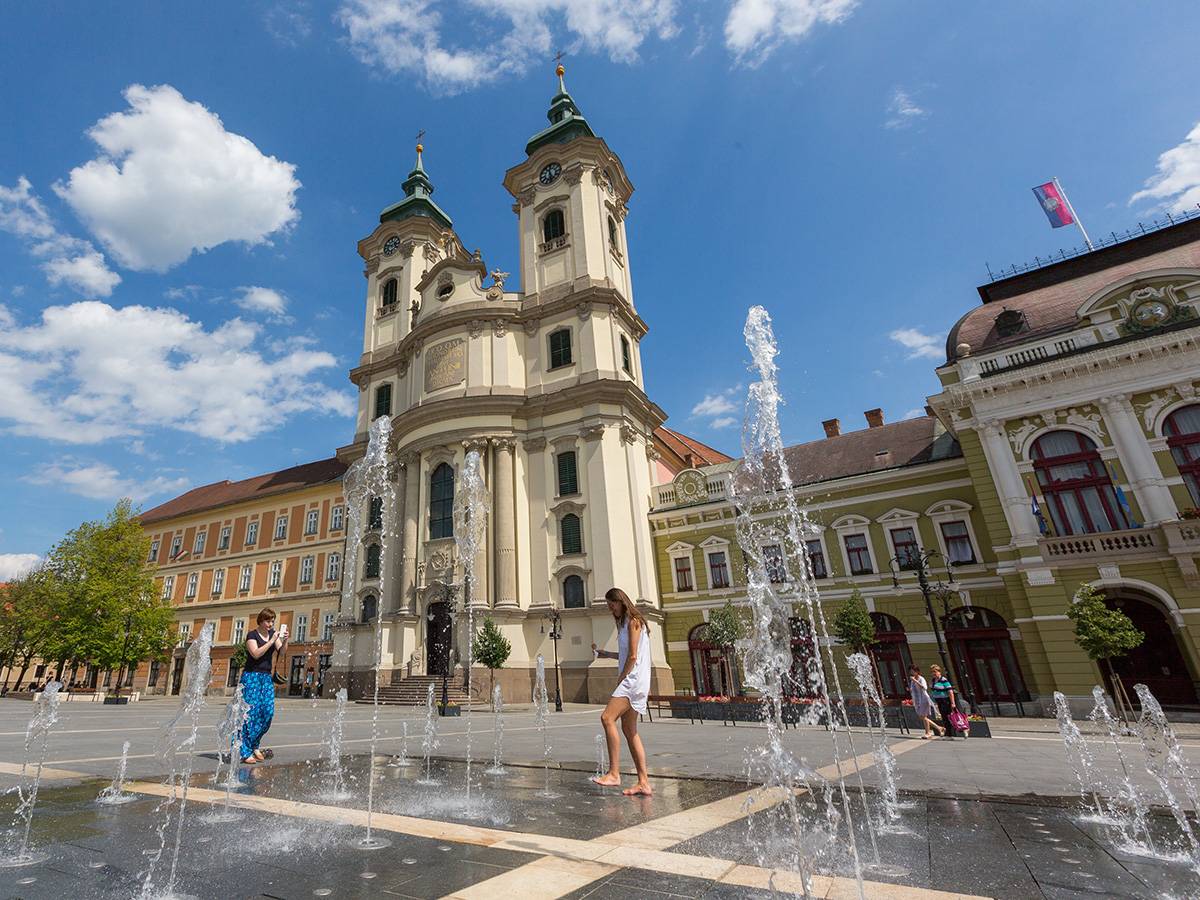 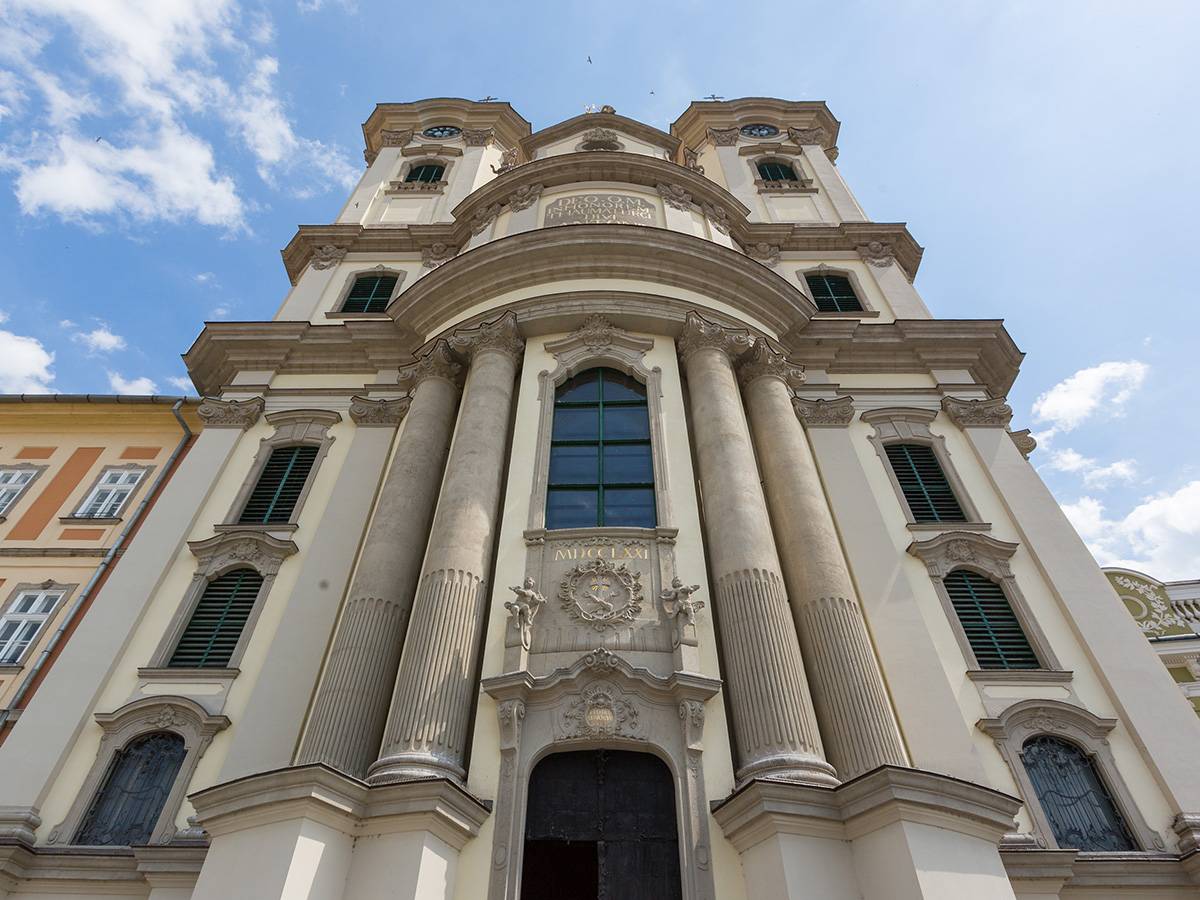 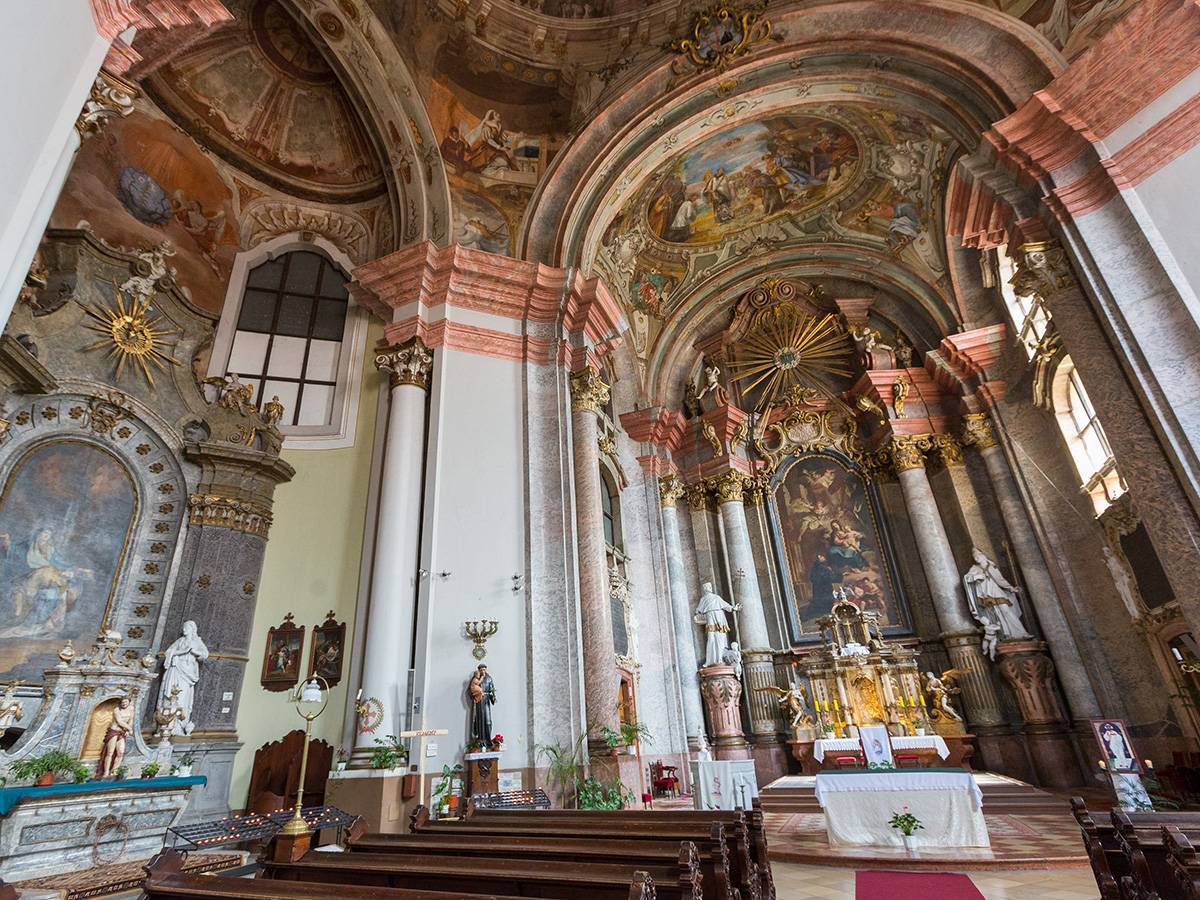 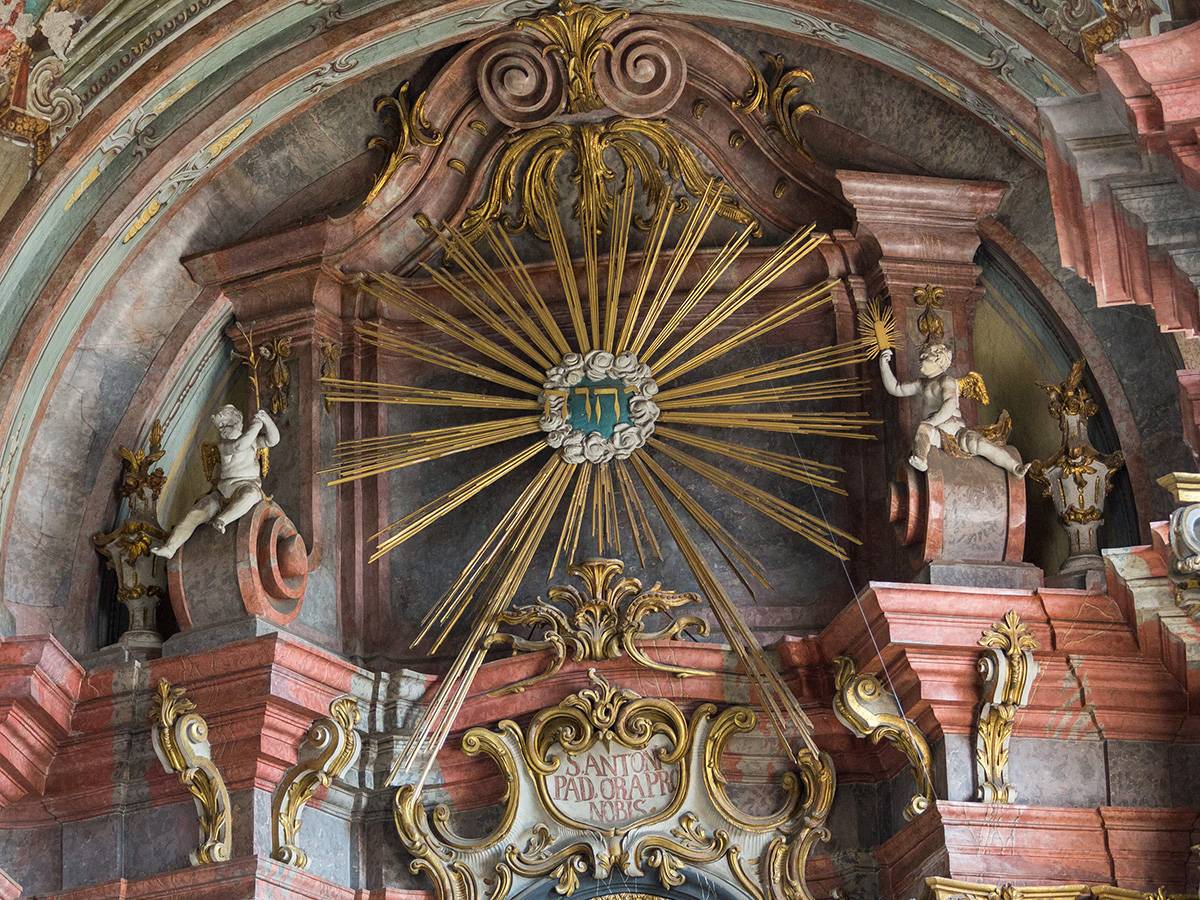 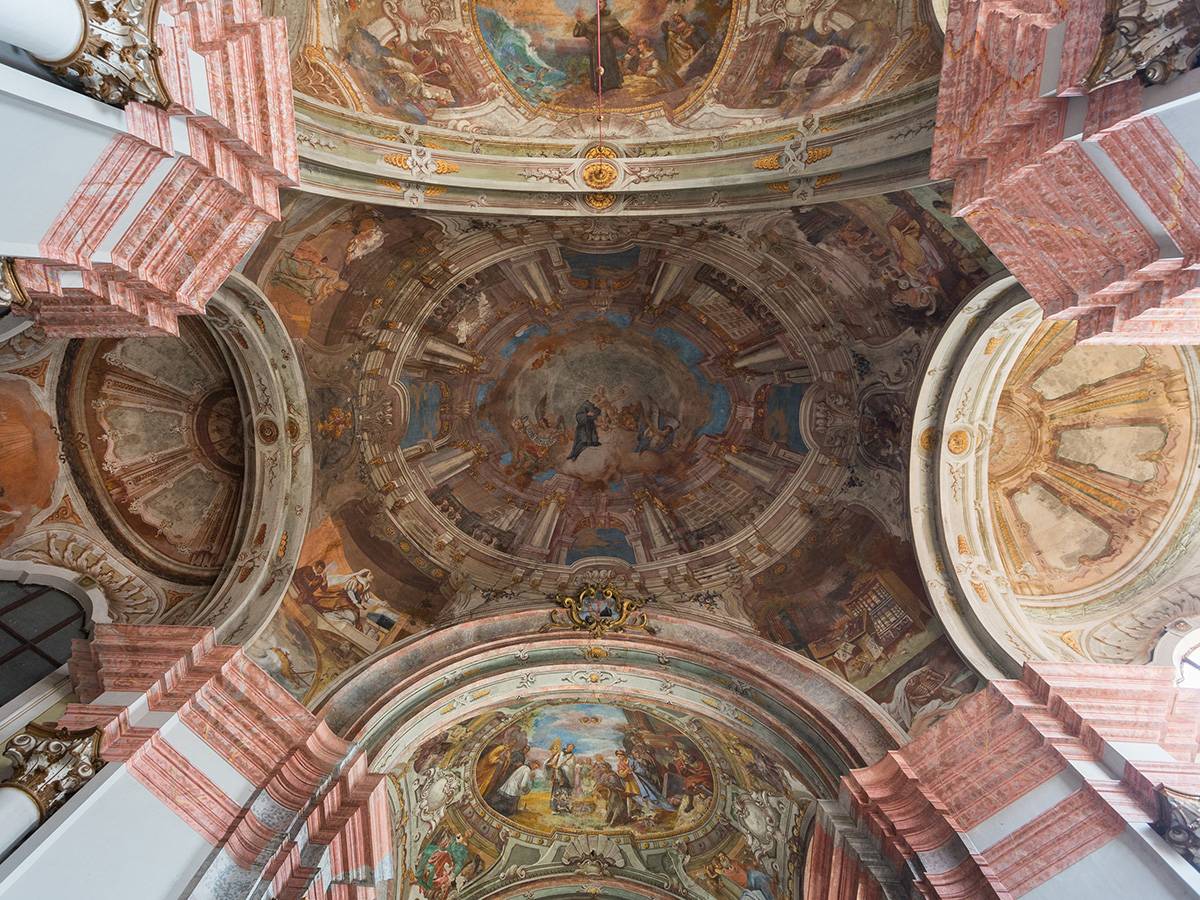 One of the nicest Baroque churches in Europe

Saint Anthony of Padua church is considered one of the nicest buildings of Baroque church architecture, it is mostly named Minorite church. It was consecrated in honour of Saint Anthony in 1771. Its designer was Kilian Ignaz Dientzenhofer, the architect of prince-archbishop of Vienna.

The official date of the construction is 1771, but the interior was decorated until 1792 by the artists of the time. The main entrance is surrounded by pairs of Corinthian columns. The keystone of the gate is decorated by inscription: "For God nothing is enough". The building is unique among the Baroque churches in Hungary, since the facade between the two towers is not flat, but makes a lightly arched semicircle.

The picture of the main altar depicts the vision of Saint Anthony: Virgin Mary floating on clouds, holding little Jesus in her arms.  When looking up the ceiling frescoes you can see scenes from the life of Saint Anthony. On the eastern side of the church can be found Saint Hedvig Secondary Girl Hostel, on the western side the Town Hall. Dobó square is dominated by the monument of István Dobó, the heroic captain of the castle. If you are on Dobó square and you are interested in churches and architecture, you will hardly find a nicer Baroque construction nearby. That is our opinion :)