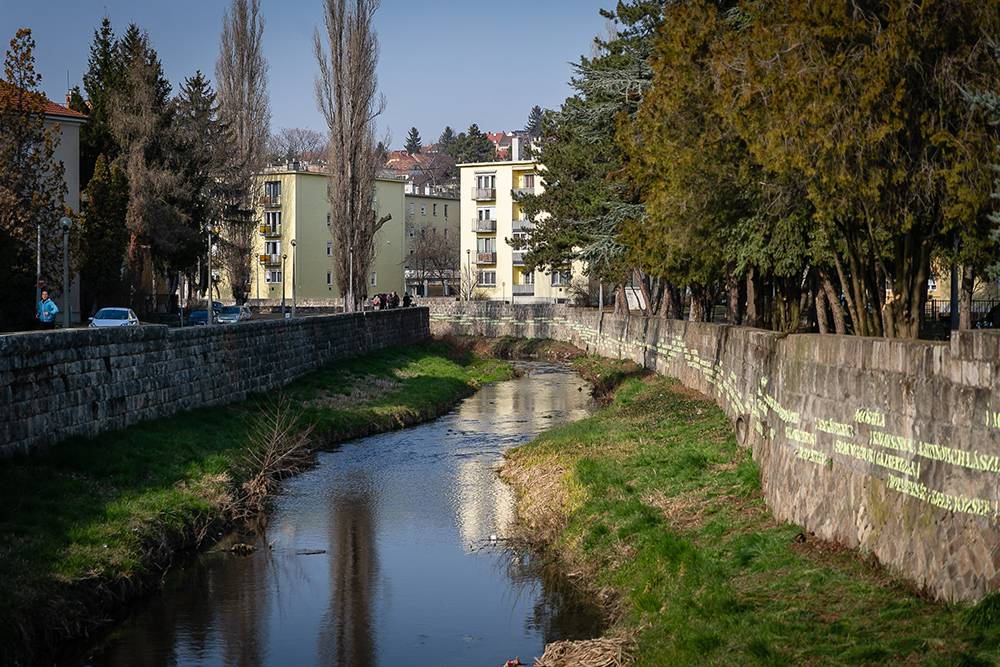 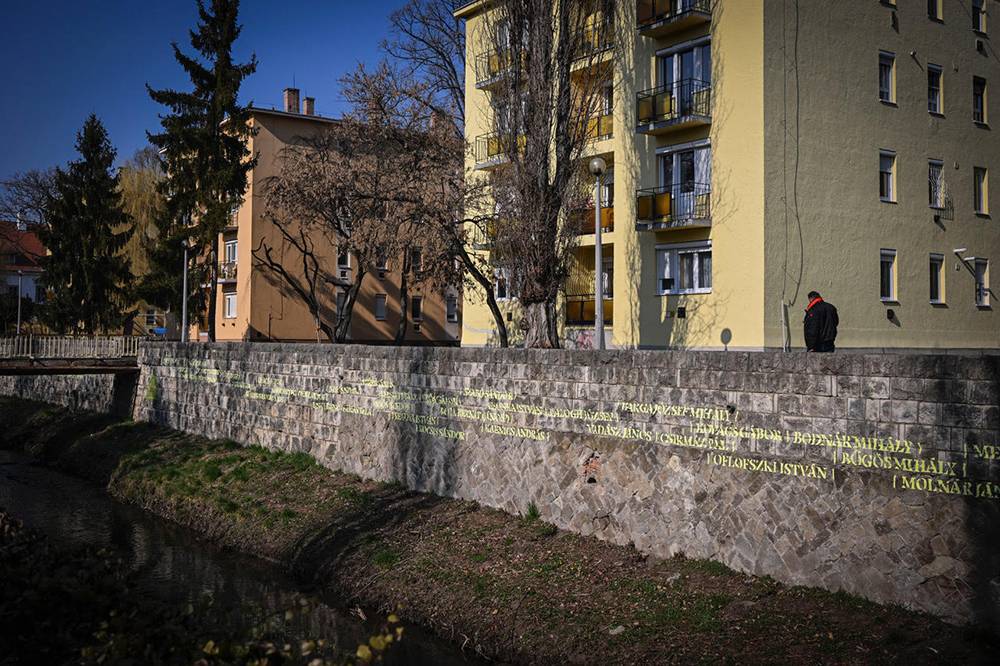 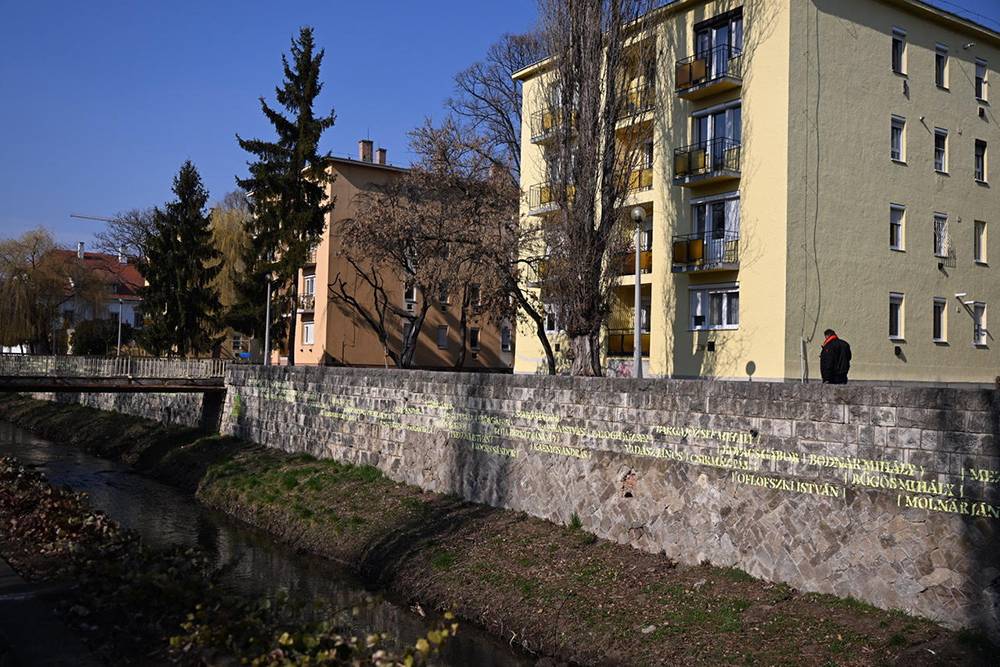 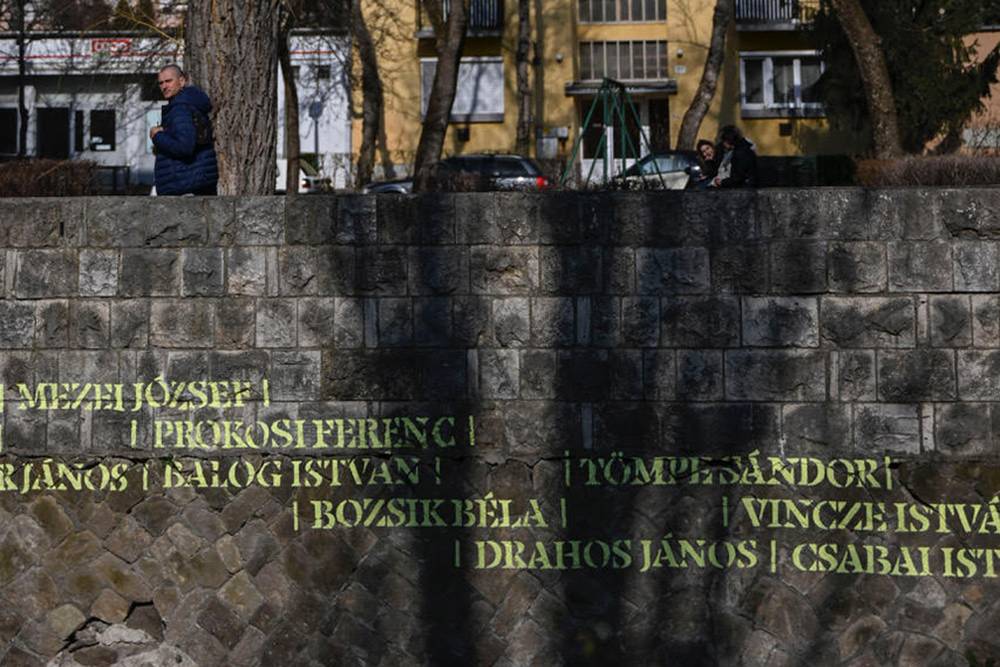 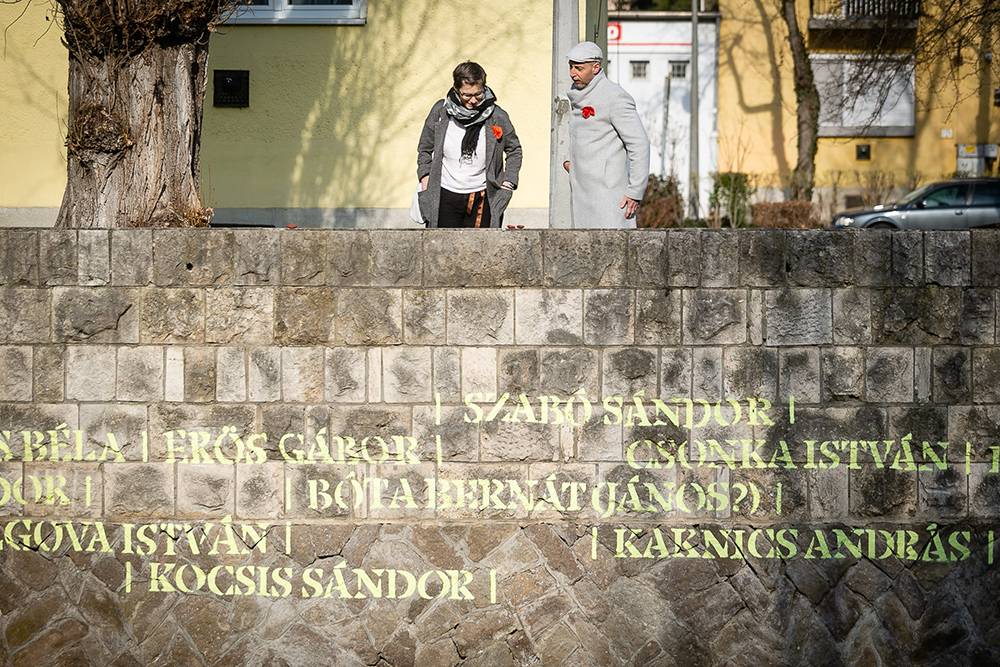 The World War itself is a huge trauma and senseless loss for humanity. The death of soldiers fighting in the war sealed the future and fate of families, or steered them in a different direction, and in many cases we cannot even fathom the consequences.

The parapet made of stones is a stable symbol of the cohesion and belonging of humanity, which also protects the person driving in the present from falling into the "deep" (stream). The nameless stones represent the deceased, of which the research highlighted and named 329 people. They are made visible by painting.

The interior wall painting ensures the reception and visibility of the work from the Esperantó promenade, thus the names create a feeling of "inaccessibility", also illustrating the distance of the past.

Nature trail and wonderful panorama at the foot of the castle walls.

The church with two towers, a straight sanctuary, and a sub-church is one of the largest in terms of size and art-historical value.

Baroque-Rococo monument, the furnishings of which have survived in their entirety from the 18th century.