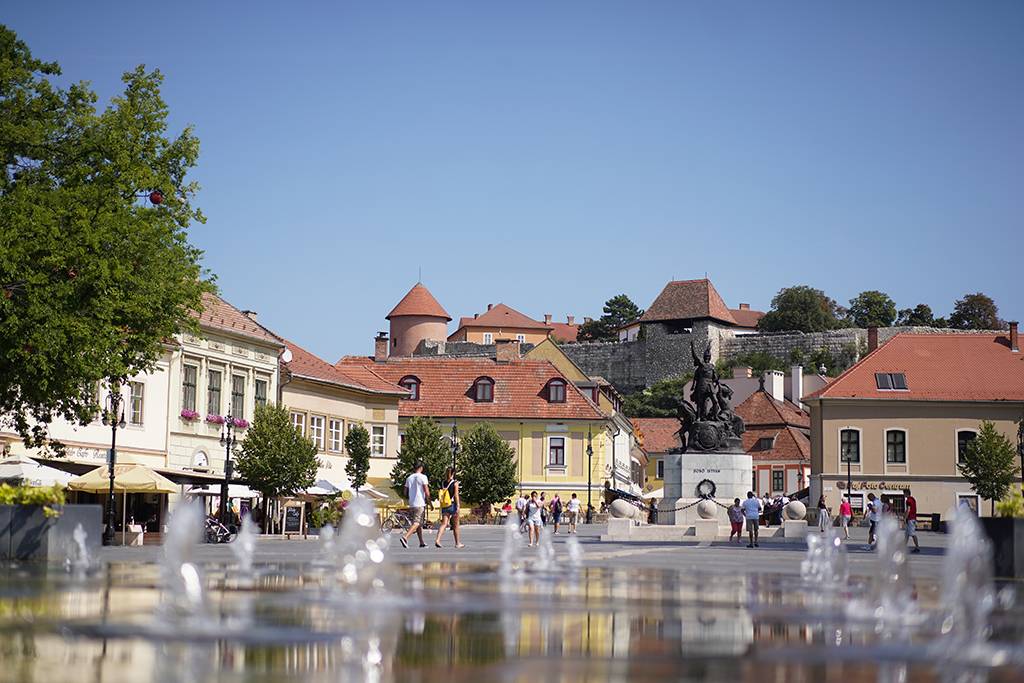 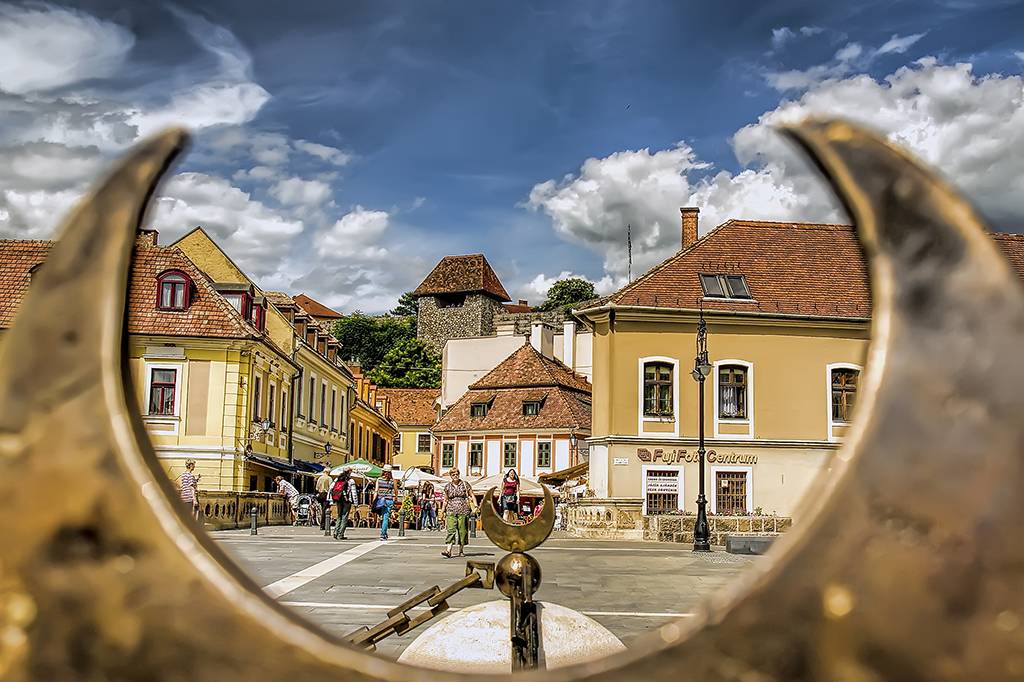 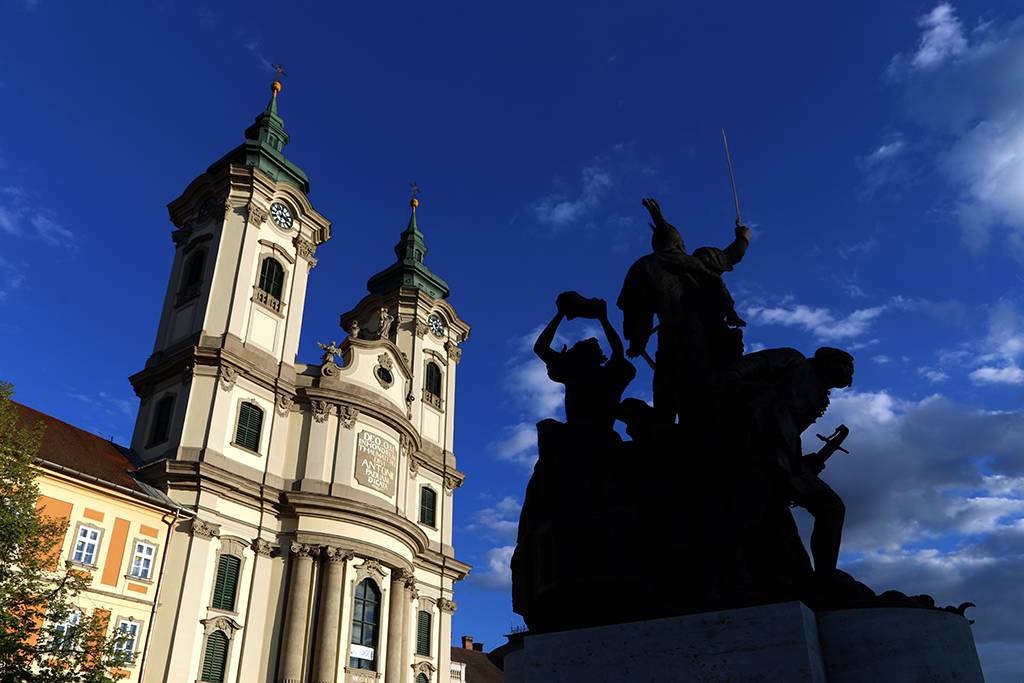 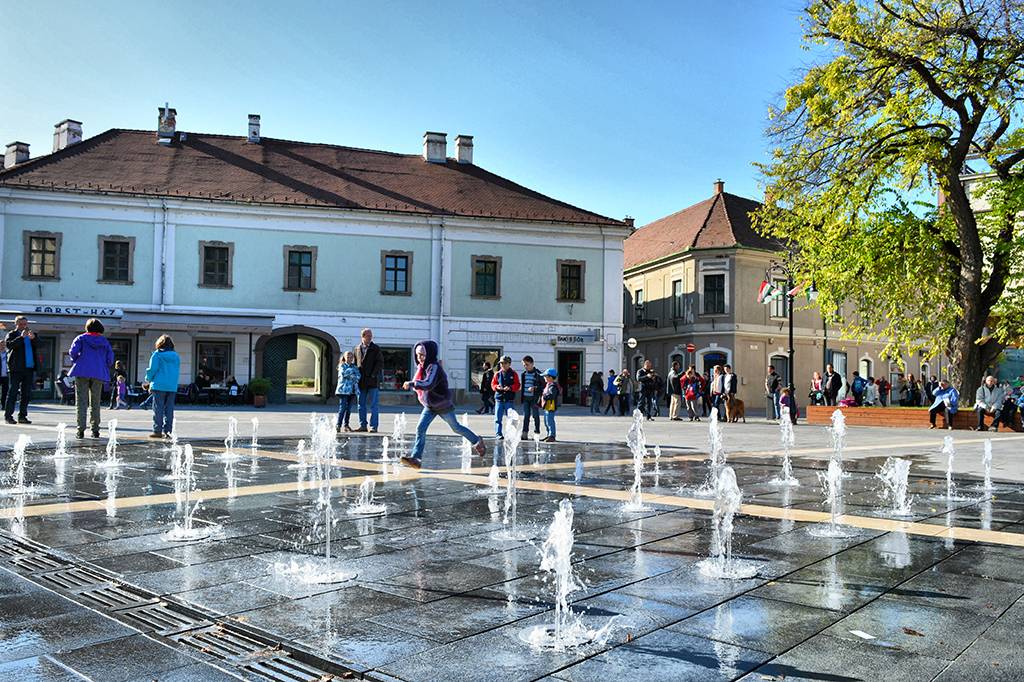 Arriving at the square you can see that the square is full of life, milling crowds: it is a popular social place of youngsters, it is where little children can run about, cyclers and rollerskaters can pass the time with their acrobatic shows and also a popular meeting point of lovers. Dobó square is really vivid in summer, at this time you can sense a kind of Mediterranean atmosphere.

The square reconstructed in 2014 is much spacier than the old one was, this way suitable for hosting major events as well. It is referred to as the heart of Eger, since it is really the centre of the town: all the major sights, monuments can be approached conveniently,with a few-minute walk.

The fountain at the beginning of the square provides real refreshment. In the focus of the square can be found a monument dedicated to a most determining historical event of Eger. At the end of the 19th century locals wanted to commemorate the heroic captain of the castle. The task was implemented by Alajos Stróbl sculptor who had made outstanding statues elsewhere: the statue of Saint István on a horse in Buda castle, the statues of Mór Jókai, writer and János Arany, poet. The statue was inaugurated on 18th August 1907. The central element of the group is captain Dobó holding his arm high with a sword in it, on his right an iconic figure of a warrior of Eger and on the other side a woman throwing stone onto the Turks.

While walking you can take a seat, admire the beauty of Baroque architecture, or visit one of the many programmes and events organised in the heart of Eger: if you happen to come here on cold winter evenings you can get warmed up with a mug of mulled wine, in spring Egri Csillag Weekend waits for those interested with music and wine experiences.

The fishmarket used to be on the site of the present Gárdonyi Géza square where locals could buy fresh frog-legs.

Border-Castle Warriors' Square. The name is thanks to the statue depicting Hungarian and Turkish warriors, the work of Zsigmond Strobl Kisfaludy.