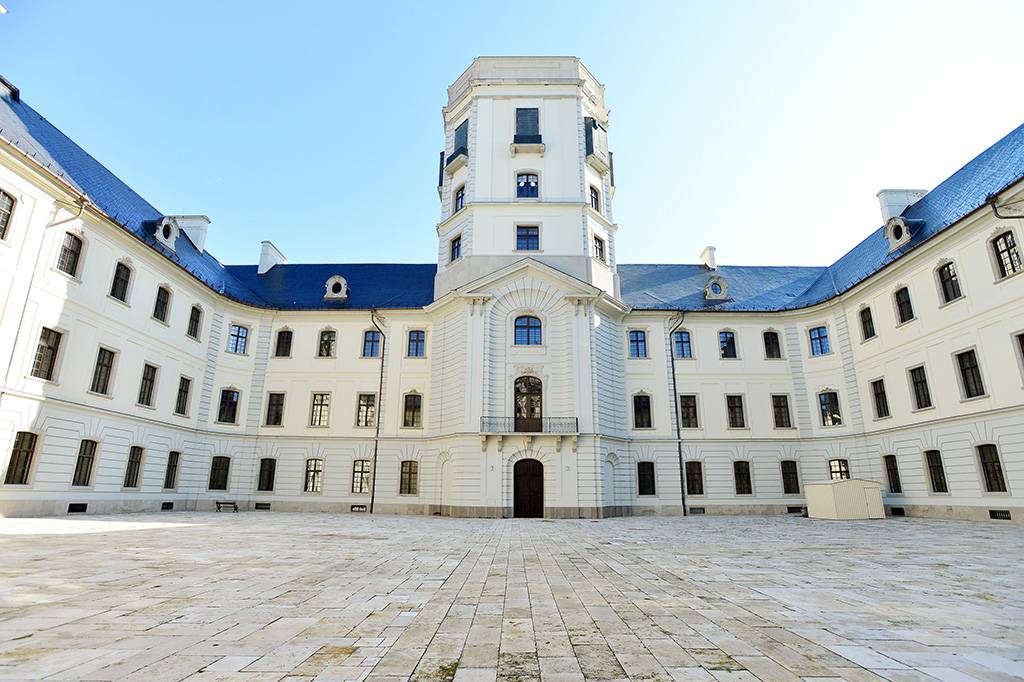 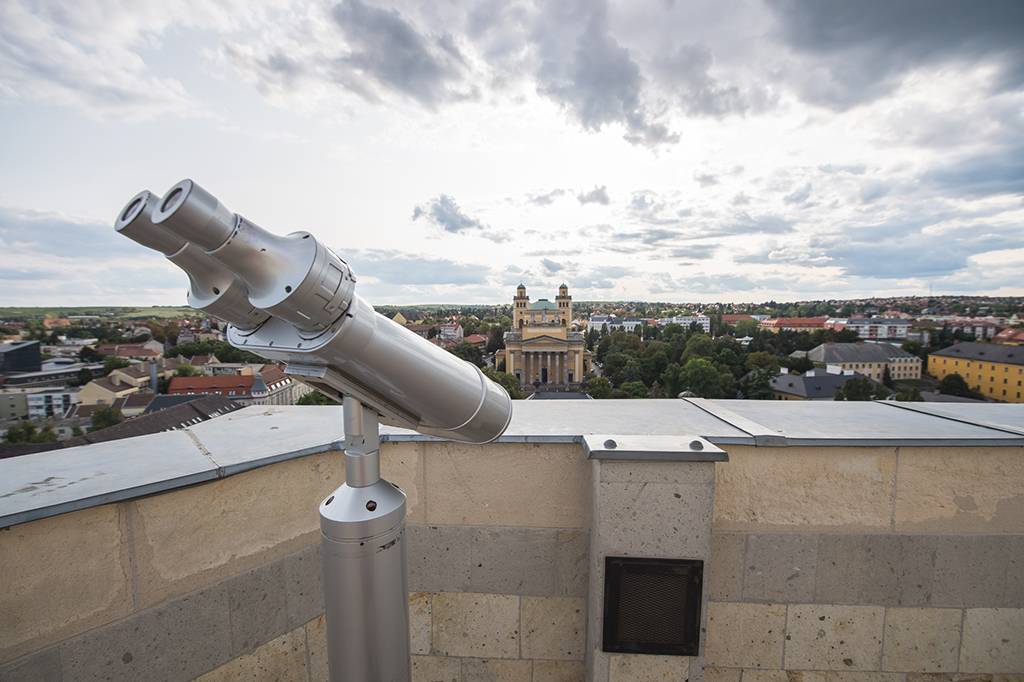 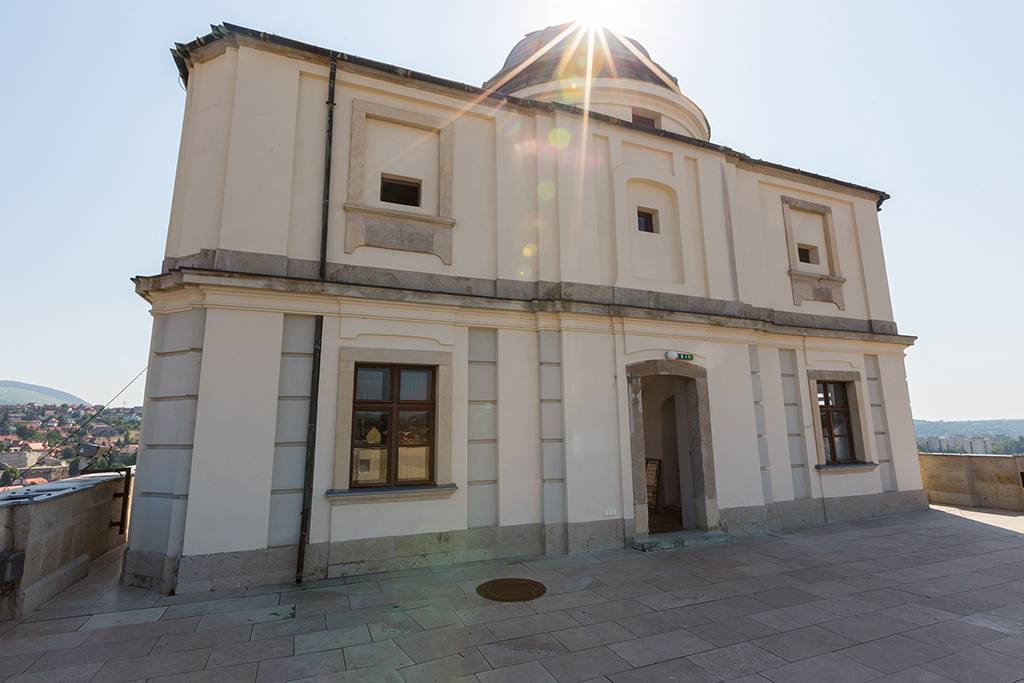 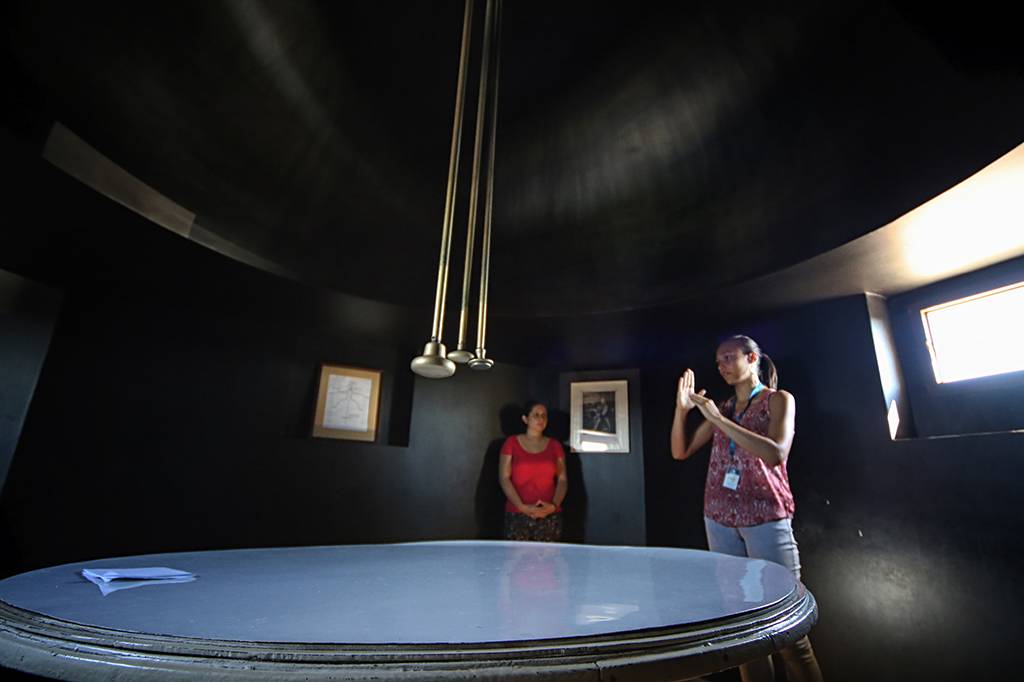 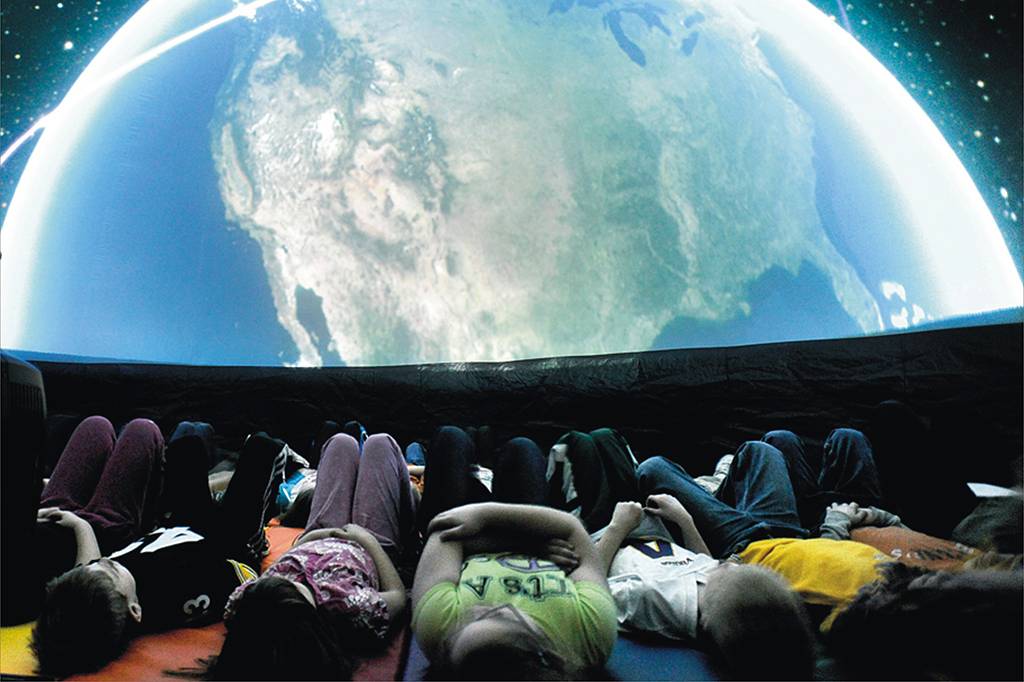 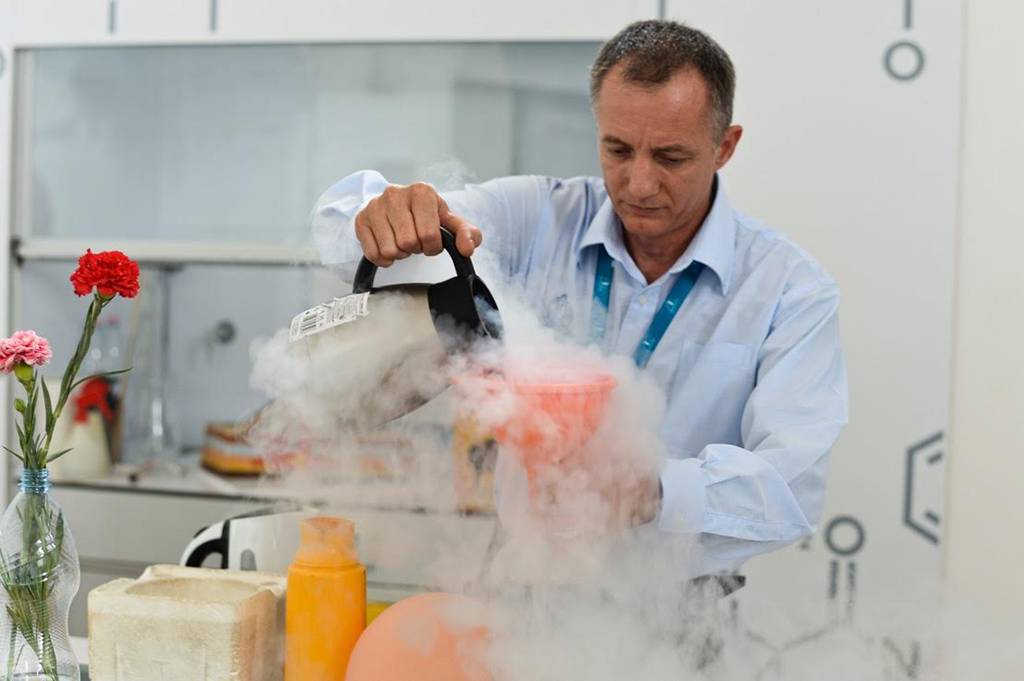 Even the waiting-room is an experience

Arriving at the waiting room you can get to know the determining rules of our Solar system, the beginning of space travel, the first Moon-landing crew. Some pictures are of 3D effect, holding your mobilephone in front of them, they become dimensional. You can see how a spaceship is built up, what its parts are and you can learn that in the Ancient Times the planets revolving around the Sun were believed to be gods. There is a playhouse for children here: there are presentations about robots, engines and electric circuits, everything can be dismantled and rebuilt!

The Specula, that is observatory tower started to work in 1776. The observations were done from the observation rooms on the 6th floor, from the cupola, dome and from the terrace. Miksa Hell Hungarian astronomer of Vienna origin obtained the instruments from the best equipped observatory workshops of Europe. A peculiarity is that he had 21 siblings, his parents and siblings were of German nationality, however, the talented astronomer considered himself Hungarian from 1750, proven by documents as well. In the observatory museum wearing his name scientific instruments of the time can be found with which micro- and macro universe both can be observed and studied: different lense- and mirror telescopes used by the astronomers of the time, microscopes, lenses, old videocameras used by our grandparents to take films about our parents, huge cameras which can only be familiar from pages of history books.

In the Magic Room physical phenomema can really be touched. The functioning of the world can be learned through experiments either individually or with the help of guides. Let's solve the mystery of Bermuda triangle, let's shoot with the air-cannon, or let's strike our own lightning with the help of the Van de Graaff-type strip generator. Or perhaps no, let this be done by our guide. Lightning is a toy only in the hands of experts... The biggest planetarium of the region also can be found here, when sitting under the dome made by French engineers visitors can choose from different screenings.

Going further up towards the top of the tower, at the next landing you can have a glimpse in the warm-up room of the astronomer. The astronomers observed the sky on the underneath floor, however, that room cannot be heated, since the vapor would have condensed on the telescopes. the thick walls got soon cold and so did our astronomers. That is why the scientists drew up in the small room where the big fireplace made it nice warm. The telescope in the warm-up room is the only one which still has its original optics.

One of the nicest view of Eger

Soon you get to a little droughty passage from where you can already see the Panorama terrace and the breathtaking view from it. It is tricky, that though it is  "just" the 8th floor, due to the impressive heights of the rooms it is 44 meters above the street level. The town can be seen in a total 360-degree circle from the terrace. While there is just a light breeze in the streets, you may have to struggle with a heavier wind up here, but it is worth it since you cannot always face the saints on the top of the Basilica... It is curious, that the highest building of Eger is the Minorite church on the main square, however, due to the hilly location of the town you sense as if looking down onto the church.

The oldest Camera obscura of the continent

The most exciting attraction, Camera obscura can be foung on the top of the tower. You are prectically in the middle of a giant camera where the living picture of the town is projected on a table with a system of lenses and mirrors. This "Dark room" in Eger is unique universally, since it is the oldest working equipment of this kind on the continent! Visit it in sunny weather if you can, since the quality of the picture is the best at that time, in cloudy weather the quality is a bit worse and in rainy weather there is no picture, as the camera cannot work. The room was created even originally to make fun; an old legend in Eger says that jealous men in the past  could control their wives walking in the town. So it was not worth braking faith any time and anywhere, especially in Eger...

Magic Tower will enchant both children and adults. Sensible and entertaining experience independent of the weather.

Several of the most valuable documents on Earth can be found in this library.